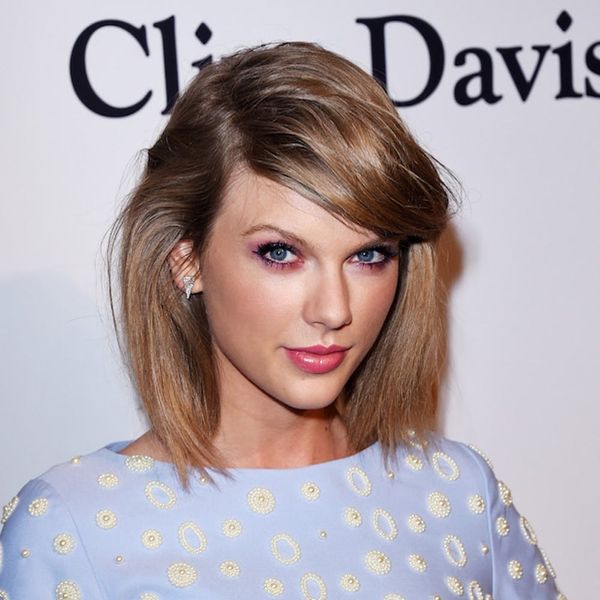 Like any life-changing historical event, the photos of Taylor Swift and Tom Hiddleston spotted kissing on the rocks of a Rhode Island beach will become a communal “where were you when?” experience that’ll be remembered for decades to come. Taken mere weeks after splitting from Calvin Harris, her boyfriend of over a year, Taylor’s new romance with Tom was off to a whirlwind start: deleting all social media traces of Calvin, meeting Taylor’s parents (and vice versa), romantic getaways to the UK and Rome and the mecca: *that* tank top at Taylor’s Fourth of July party this weekend. All the while making their Displays of Affection very Public.

Of course, Taylor has long been thought to strategically frame her romantic relationships in the best public light possible, and this one is no exception — just as quickly as Hiddleswift seemed to fall head over heels, people started to doubt that their love was legit. An expert paparazzo told Cosmo in the first few days that his first instinct was that the initial beach photos were definitely staged. And the conspiracies have only gotten weirder from there.

Is Hiddleswift the real thing? Or all an elaborate ruse? Check out the best of the ‘net’s conspiracy theories and decide for yourself.

1. Their elaborate romance is being acted out for a music video/visual piece for Tay’s next album. From the too-perfect outfits to the beautiful locations and the sheer volume, these shots seem downright expected if not staged. E! observed that nearly all of the *exclusive* sneaky shots are also from the exact same photo agency. The most recent pics from Taylor’s Fourth of July bash might be the most telling of all and just might have blown their cover: Tom was wearing that now-famous “I <3 T.S.” tank top. 1. Who does that?! 2. Why on earth would Tom wear a shirt while swimming? HMM.

2. A good old-fashioned publicity stunt. Is Tom just angling for visibility in hoping for Emmy noms for The Night Manager? Or to land the role of the next James Bond, as it’s been rumoured for a while? Some Swifties think so. And they might be onto something. (Photo by Stuart C. Wilson/Getty)

3. Is Taylor trying to be the next Bond Girl? Some think Taylor could be looking to expand her acting resume and hitch a ride to Tom’s Bond wagon with a role as the next Bond girl — or at least that’s what Calvin thinks, according to TMZ. At the very least, maybe she’s eyeing the next theme song. If her most recent music videos and Apple ads are any indication, the girl’s got some theatre school chops. (Photo by Mark Davis/Getty)

4. Is Taylor acting out a piece of fan fiction? Ah, my personal favorite! Right after Hiddleswift became public, Refinery29 spoke to Jennifer Stanley, who in 2014 wrote a fictional story imagining Tom and Taylor getting together after meeting dancing at the MET Gala — which TOTALLY happened two years later. Spooky! Taylor seems like the kind of romantic to want to do this, so we 100% totally buy this one.

The cover of @GQ is here!!! This was seriously a dream come true!!!! 📷 @mertalas @macpiggott

5. It’s a distraction from Kim Kardashian’s GQ cover story and Kanye’s “Famous” video. In the interview, Kim claims that her and Kanye have proof of Taylor consenting to lyrics on Kanye’s new album that she has since publicly denounced. On the song “Famous,” he says “I made that b*tch famous,” and Taylor has since clapped back at him for trying to take credit for her success. Could she be trying to distract people from digging for the evidence Kim says she has? The video for “Famous” also featured a naked wax figure of Taylor in bed sleeping with Kim, Kanye, and a whack of other celebrities. Even if she did consent to Kanye’s lyrics, she might not be comfortable with this representation, and could be trying to take eyeballs away from it. Can’t say we totally blame her on that one.

What do you think? Is Hiddleswift for real, or all a ruse? Tweet us your thoughts at @BritandCo!