Taylor Swift and Tom Hiddleston Finally Made It Instagram Official 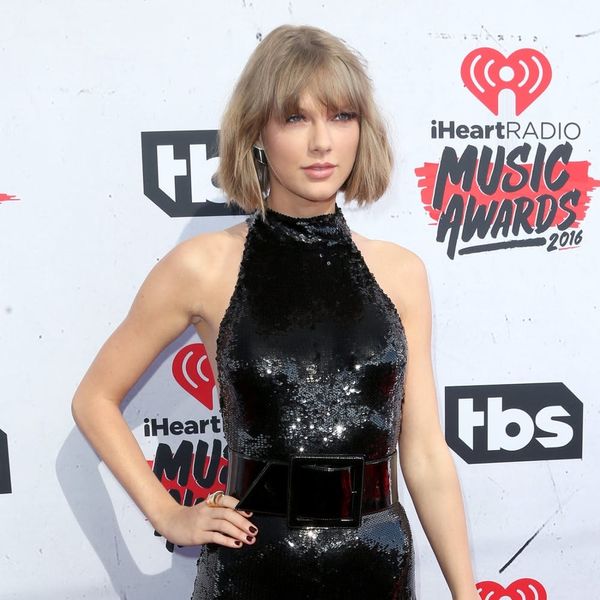 Despite the fact that pics of Taylor Swift and her new bae, Tom Hiddleston, have been popping up for a few weeks now, we’ve still been waiting for that elusive Instagram debut. As the two held hands and kissed their way around the globe, photogs were quick to snap pics, but neither Taylor nor her Instagram-loving #girlsquad had shared any photos themselves, fueling Hiddleswift relationship theories galore. If they were really a couple, wouldn’t they be spotted in each other’s social feeds? That’s why it’s kind of a big deal that Taylor and Tom have made their Instagram intro in two absolutely perfect new photos.

The first, shared on Instagram by Tay’s BFF Brittany LaManna, shows Brit and her hubby along with Ryan Reynolds and Blake Lively. And there beside them is Taylor and Tom. With the fellas all seated in comfy chairs on the patio, their ladies are cozied up on their laps in an absolutely adorable group photo. While Ryan has his hand gently holding Blake’s preggo belly, Taylor and Tom stare into each other’s eyes and *swoon.*

The second pic, shared by Cara Delevigne on her Instagram account, shows us more action (and more skin). Enjoying the adult-size inflatable water slide that previously made an appearance in Tay’s own pics (and that just looks like so much fun), two of Taylor’s ladies bring up the rear of a train that includes Taylor with her arms and legs wrapped around a shirtless Tom (damn, Loki, those abs!).

Are you loving (or are you already sick of) Tay+Tom? Tweet us @BritandCo!