Iggy Azalea Got Engaged and Her Fiancé-Designed Ring Is Gorgeous 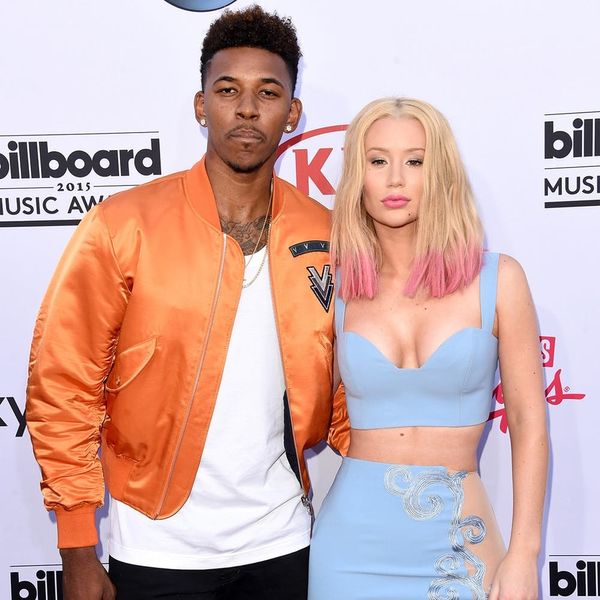 The last couple months have been an interesting ride for Iggy Azalea. After she won a Billboard Music Award for Top Rap Song, a petition with over 23,000 signatures emerged online with the intention to retract the award. Shortly after that Iggy revealed she would be cancelling her upcoming tour. So if you ask us, it’s about time this girl caught a break – and last night she got just that. The Australian performer’s boyfriend, Nick Young (AKA Swaggy P) popped the question in a super sweet way. The best part? It’s all on video.

In the short clip, we watch as the 30-year-old professional basketball player gets down on one knee during his birthday bash shouts to Iggy over the crowd, “Will you marry me?” Of course, she responds with an enthusiastic, “Yes!” Aside from the traditional proposal, the size of that ring box definitely caught our attention. Not only is it gigantic, but it also came complete with lights to make that diamond really sparkle. And speaking of diamonds… let’s move on to what you are all probably really here to see: the ring.

Following in the footsteps of other female performers who have recently become engaged (Nicki Minaj — who technically isn’t engaged even though she has the ring that might make you think otherwise — and Lady Gaga), Iggy’s ring features some serious bling. People reports that the diamond is 10.43-carats and was designed by Young himself (with the help of Beverly Hills jeweler, Jason Arasheben). The stunning piece consists of an 8.15-carat fancy intense yellow diamond with a white diamond halo set into white gold. It’s definitely a flashy pick, but we’d expect nothing less from a dude whose nickname is Swaggy.

What are your thoughts on Iggy’s yellow ring? Share with us in the comments below.

Cortney Clift
Cortney is the senior writer and special projects editor at Brit + Co. She typically covers topics related to women's issues, politics, and lifestyle. When she's not buried behind her computer you'll find her exploring New York City or planning her next big adventure.
Engagement
Party
Engagement