This Basketball Player’s Proposal Is Just the Cutest 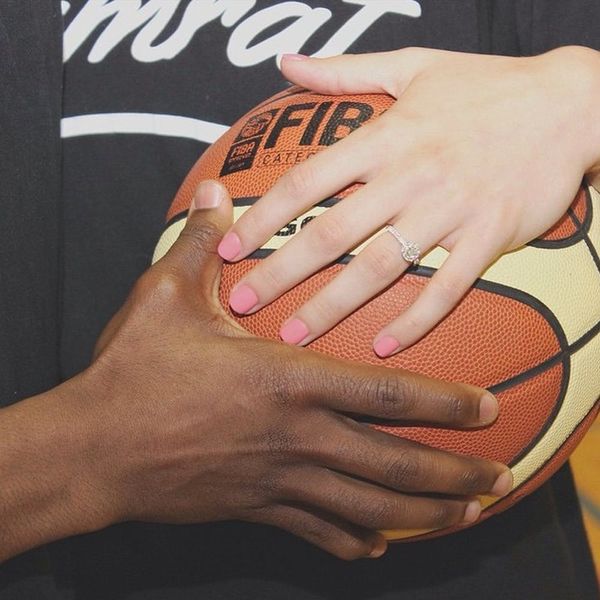 When it comes to crafting the perfect proposal sometimes a full day of romantic gestures are in order, sometimes a flash mob does the trick and sometimes all you need is a basketball court — at least that was the case for Alex Johnson.

In the heartwarming video, we watch as the two play a game of one-on-one. Brey was giving Alex a run for his money when suddenly Johnson falls to the ground, seemingly injured. His friend comes to the rescue and ever-so-subtly slips him an engagement ring. After that Johson miraculously recovers and turns up so that’s he’s now on one knee and then pops the question.

If this scenario seems a little familiar, it might be because Johnson took inspiration from the 2000 film, Love and Basketball which features a similar scene. It may not have been a totally original idea, but we love how Johnson put his own spin on the scene and proposed in a way that was perfectly suiting to him and fiancée. Congrats to the happy couple!

What’s the most creative proposal video you’ve seen? Share with us in the comments below.

Cortney Clift
Cortney is the senior writer and special projects editor at Brit + Co. She typically covers topics related to women's issues, politics, and lifestyle. When she's not buried behind her computer you'll find her exploring New York City or planning her next big adventure.
Engagement
Party
Engagement