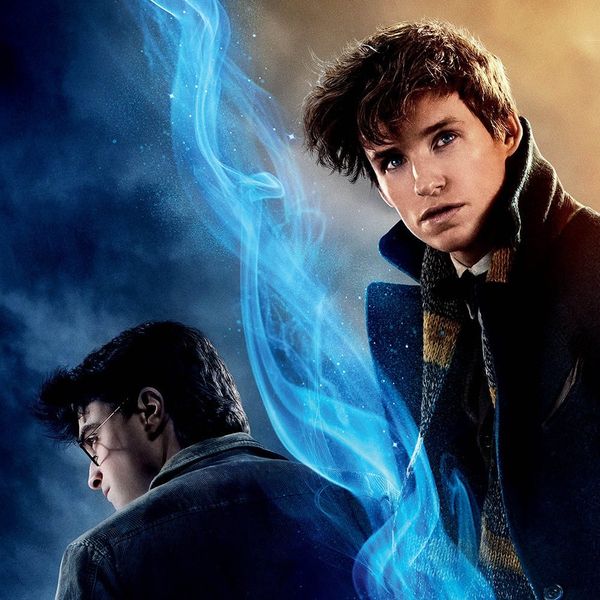 It’s hard to imagine being any more excited to delve back into the wizarding world with Fantastic Beasts and Where to FindThem. After becoming giddy over the first teaser and getting chills while watching the first trailer starring Eddie Redmayne, Colin Farrell and a cast of enchanting characters, along with, well, fantastical beasts, we thought our excitement level was topped out. But now, IMAX wants to amp-up the excitement even more by screening all eight Harry Potter movies leading up to Fantastic Beasts.

Starting October 13, IMAX will be holding a “Harry Potter IMAX Week,” which will see six of the movies returning to the giant screen, while two, Sorcerer’s Stone and Chamber of Secrets, will be shown in IMAX for the very first time. That’s right, you’ll be able to see ALL eight Harry Potter movies in IMAX for the first time EVER. So cool!

“Harry Potter is one of the most beloved film franchises of all time and is incredibly important to the history of IMAX,” Greg Foster, CEO of IMAX Entertainment and senior executive VP of IMAX Corp., said in a statement, according to the Hollywood Reporter.

The Harry Potter screenings will also include a sneak peek at Fantastic Beasts (coming out November 18) with a special recorded greeting from the cast to make this an over-the-top, one-of-a-kind experience.

Check out the website for the “Harry Potter IMAX Week” screenings nearest to you and enjoy some added high-def magic.

Have you ever seen Harry Potter in IMAX? Tweet us @BritandCo!