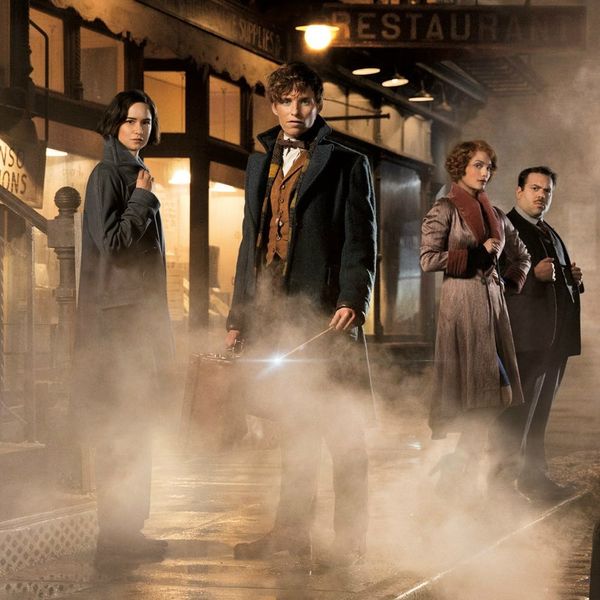 It’s been an exciting weekend at Comic-Con — a Blair Witch Project sequel was unexpectedly announced, Grimm co-stars David Giuntoli and Bitsie Tulloch declared their love for one another with engagement news and filmmakers from Disney’s Moana revealed that the newest princess wouldn’t be getting a love interest.

SDCC fans were also gifted with another surprise, however: a new Fantastic Beasts and Where to Find Them trailer!

We got our first peek at the fantastical film during the MTV Movie Awards, when a teaser trailer was unexpectedly dropped mid-show.

Anticipation only mounted from there, as director David Yates spilled the beans that the movie would actually be one film in what would ultimately become a three-part series — squee!

Fan frenzy reached a fever pitch yesterday, though, when Eddie Redmayne himself hit the festival to give out wands to all 6,000 audience members before treating them to the first look at a new trailer for the film, which is set for release November 18.

Luckily for us, it’s now on YouTube, so we can get in on the excitement as well: Check it out in its entirety below!

Are you counting down the days until the Fantastic Beasts premiere? Tweet us @BritandCo!

Nicole Briese
Nicole is the weekend editor for Brit + Co who loves bringing you all the latest buzz. When she's not busy typing away into the wee hours, you can usually find her canoodling with her fur babies, rooting around in a bookstore, or rocking out at a concert of some sort (Guns N' Roses forever!). Check out all her latest musings and past work at nicolebjean.com.
Harry Potter
Pop Culture
Harry Potter
More From Pop Culture