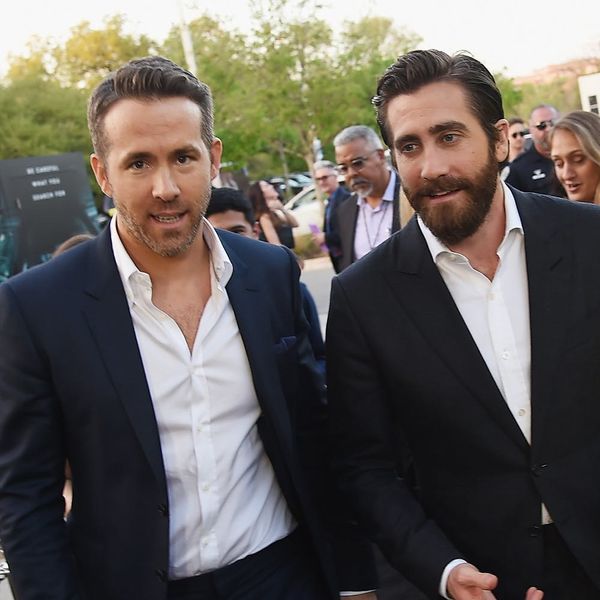 Jake Gyllenhaal and Ryan Reynolds have been charming the world lately with their new bromance while making the press rounds and promoting their upcoming movie, Life, and we’re certainly not immune to the sweet and silly pair. While getting the two together is a sure recipe for plenty of lighthearted jokes and cheeky replies, some have been wondering if their relationship is all for show (think: Taylor Swift and Tom Hiddleston or Drake and JLo, but buddy-stylez). But when Gyllenhaal was challenged about the validity of the friendship, the actor let FaceTime do the talking.

When Gyllenhaal appeared last night on Late Night With Seth Meyers, the host wasn’t totally convinced that such an epic celeb bromance could possibly exist. When Gyllenhaal made multiple attempts to call his supposed buddy, there was no answer from Ryan Reynolds. Awkward!

Eventually, Gyllenhaal succeeded via FaceTime and the result is a now-typical example of the seriously silly bros. Also, baby stroller! Eee!

Did this make you adore Jake Gyllenhaal and Ryan Reynold’s bromance even more? Let us know @BritandCo!