Why People Think Drake and J.Lo Are the New Hiddleswift 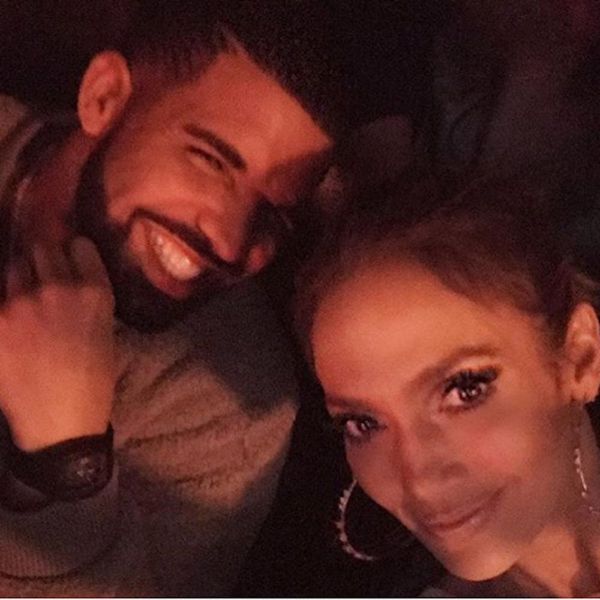 When Taylor Swift and Tom Hiddleston began a whirlwind romance this past summer, people quickly assumed it was for anything but actual feelings for each other. Some of the theories ranged from the reasonable, like that it was a calculated PR move by both, to the less likely, that it was an elaborate piece of performance art. Hiddleswift, whatever they were, may have crashed and burned, but there’s a new couple raising eyebrows — and a lot of questions. And no, it has nothing to do with Taylor this time.

Drake and J.Lo made their first social media appearance three weeks ago when Drake visited J.Lo at her Vegas show, leaning in for a cute selfie that they each posted on their accounts.

Even though the pic was innocent enough, people assumed the two might be dating. Drake and J.Lo did nothing to dispel the rumors, posting an even more intimate photo. Drama ensued as it was noticed that Rihanna — who Drake of course was lucky enough to date in the past — had unfollowed J.Lo in the midst of the PDA picture posting.

Then the two were spotted kissing and grinding at a “prom-themed bash,” which even the untrained eye can see for the music video set it is. Neither Drake nor Jennifer Lopez — DraLo, as they’re now known — have confirmed or denied a relationship, although insiders are saying it is indeed a stunt to sell music.

Something about the performative nature of the pairing so far leads us to believe exactly this, but whatever way this ends up shaking out, we’re totally here for it.

Do you think Drake and J.Lo are for real? Let us know over @BritandCo!