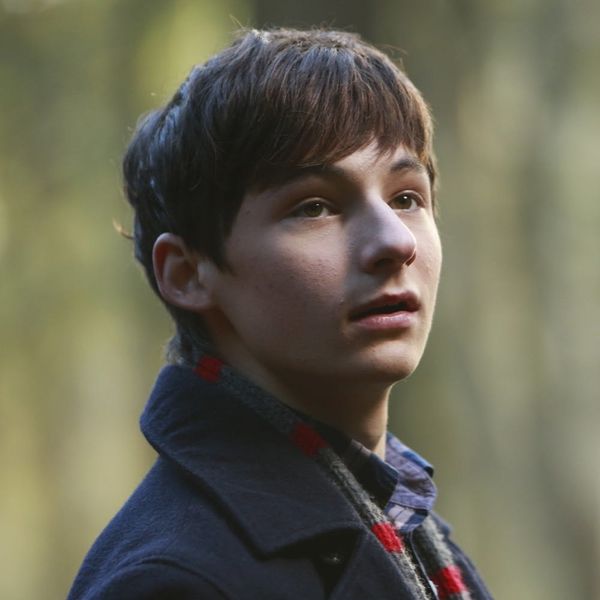 Earlier this year, ABC announced that its beloved fairy-tale drama Once Upon a Time would end with its current seventh season. As the show prepares to come back from its midseason hiatus on March 2, the show’s creators have revealed that an original cast member — as well as a pivotal location — will return before the series finale.

Jared Gilmore, who played young Henry Mills on the show for six seasons, will be back to guest star in episode 20.

“We’re very excited to have Jared back,” the show’s co-creator Adam Horowitz said after a press screening of the midseason premiere, according to the Hollywood Reporter. “He’s, in a lot of ways, the heart and soul of the show. He grew up literally on the show and it’s really wonderful to see him back. I hope the audience enjoys. We feel like we have a fun adventure.”

Prior to its cancellation, OnceUpon a Time underwent a major cast upheaval when Gilmore, along with stars Jennifer Morrison, Ginnifer Goodwin, Josh Dallas, and Emilie de Ravin, left the show at the end of season 6.

Gilmore, who was replaced by The Walking Dead‘s Andrew J. West after his departure, briefly returned at the beginning of season 7 for two episodes, which depicted him leaving Storybrooke to embark on his own path. At the time, the show also switched locations from the beloved Maine-based town to Seattle. For the final season, co-creator Edward Kitsis says, it’s time to go home.

“We’re going to show an episode with him before that in Storybrooke with [adoptive mother] Regina,” he said, calling it a “sweet, emotional mother-son story.” The show’s creators also said there is an open invite for anyone who’s been on the show to return for the final episodes — so it’s likely more casting news is yet to come.

Will you miss Once Upon a Time? Let us know @BritandCo!