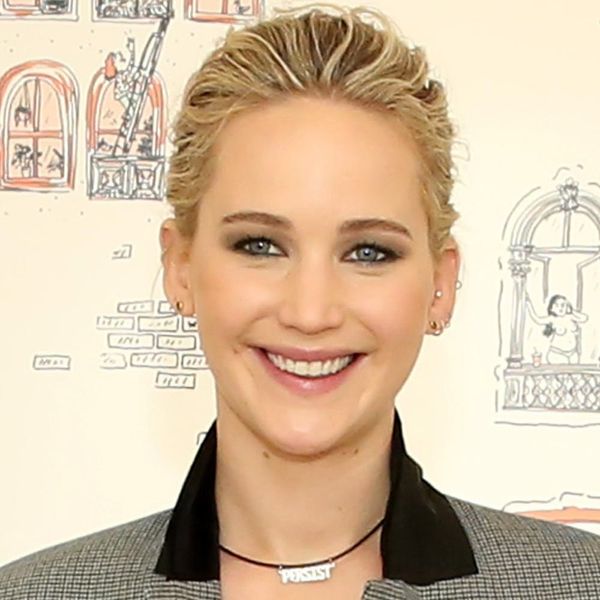 When it comes to the fight for gender equality, Jennifer Lawrence and Catt Sadler have both been instrumental in its progression, with Sadler famously leaving her job at E! after learning of a pay discrepancy between her salary and coworker Jason Kenndy’s and Lawrence penning an essay for Lenny Letter on her experiences with the issue in the industry. Now, the two are teaming up to take on the topic, along with the TIME’S UP and #MeToo movements, via the small screen.

Despite reports of an impending break from showbiz, the Red Sparrow star broke the news to women’s workspace group The Wing in a Facebook live, saying, “I’m going to be EPing a show with Catt Sadler.”

Now, Enetertainment Weekly has confirmed with a source that the show will be a docuseries focusing on the recent movements begun in Hollywood, as well as the gender pay gap.

It’s not terribly shocking that the two would wind up working together: Back in December, Lawrence was openly vocal about her support of her new coworker, taking to Facebook to say, “Thank you Catt for sharing your story.”

Sadler shed more light on their relationship in an interview with The Hollywood Reporter, saying, “Jennifer Lawrence has become a friend of mine — really, a hero of mine. To have her in my corner is hard to put into words, to be honest.”

She also spoke to her future work, saying, “In this weird sense, I feel like I have an obligation to do work and represent the many voices who don’t have an audience. Between #MeToo, TIME’S UP, and the general climate right now, I would prefer to use my voice in a way that could create content that has never been made before.”

The statements echoed what the former entertainment anchor wrote on her blog regarding her decision to leave. “I will find more work. I will create content with meaning,” she said. “I will continue to pursue my passions while making my children proud. The way I see it, I have an obligation to be an agent for change.”

Though not much else is known about the show at this point, EW reports that the dream team does have a director, with Stephanie Soechtig (Under the Gun, Fed Up), also on board.

We can’t wait to see what these three come up with!

What do you think of the ladies’ docuseries idea? Share over @BritandCo.