The 2 Important Lessons You Need Now from J. Law’s Essay on the Gender Wage Gap 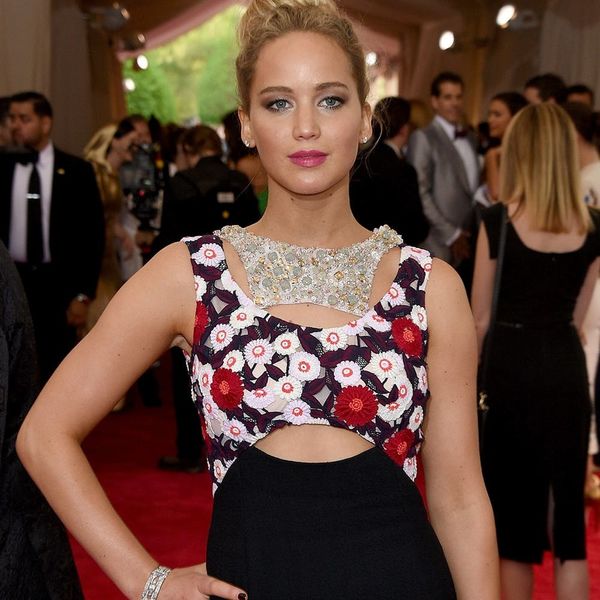 Since the Sony hack last year, the gender wage gap has been a hot-button issue across the nation. The public is finally being made fully aware of the drastic differences between male and female wage earnings with shocking findings in studies like the recent “The Status of Women” report, but it seems as though Hollywood’s actresses have become the face of this fight. And while she’s remained relatively mum on the issue, Jennifer Lawerence is one actress who’s been affected by this first-hand. Outrage sparked when the Sony hack revealed she earned significantly less than her male American Hustle co-stars. That frustration later turned into rejoice when word spread that she negotiated an upcoming contract, demanding $10 million more than her male co-star Chris Pratt.

1. Being difficult is totally okay. When discussing why she hasn’t always been super strong willed about demanding a higher salary, J. Law explains that she didn’t want to come off as greedy. She writes, “If I’m honest with myself, I would be lying if I didn’t say there was an element of wanting to be liked that influenced my decision to close the deal without a real fight. I didn’t want to seem ‘difficult’ or ‘spoiled.’ At the time, that seemed like a fine idea, until I saw the payroll on the Internet and realized every man I was working with definitely didn’t worry about being ‘difficult’ or ‘spoiled.'” She goes onto to say, “I’m over trying to find the ‘adorable’ way to state my opinion and still be likable! F*** that. I don’t think I’ve ever worked for a man in charge who spent time contemplating what angle he should use to have his voice heard. It’s just heard.”

2. It’s oh-so-important to know what your worth. Lawrence writes, “When the Sony hack happened and I found out how much less I was being paid than the lucky people with d***s, I didn’t get mad at Sony. I got mad at myself. I failed as a negotiator because I gave up early. I didn’t want to keep fighting over millions of dollars that, frankly, due to two franchises, I don’t need.” She goes onto to acknowledge that this way of thinking needs to be reconsidered. When discussing her American Hustle co-star’s higher salaries she says, “Jeremy Renner, Christian Bale and Bradley Cooper all fought and succeeded in negotiating powerful deals for themselves. If anything, I’m sure they were commended for being fierce and tactical, while I was busy worrying about coming across as a brat and not getting my fair share.”

What was your favorite part of J. Law’s Lenny Letter essay? Share with us in the comments below.