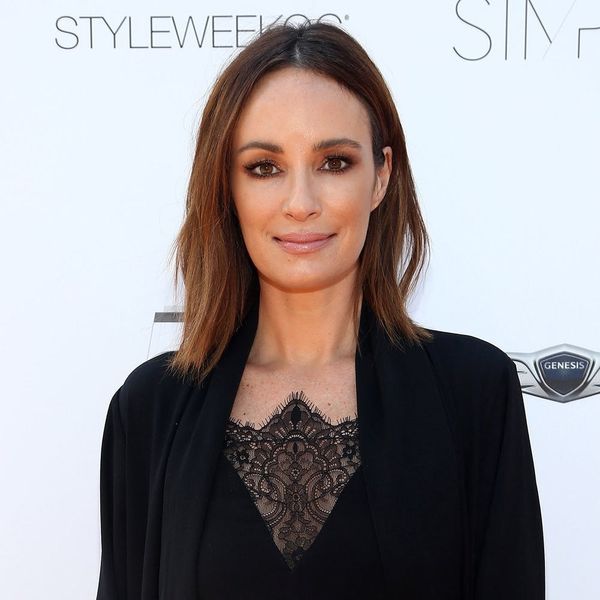 The gender pay gap is still a major issue in the US and around the world, including in the entertainment industry, where women like Emma Stone, Robin Wright, Natalie Portman, and many more have spoken out about the wage inequality they’ve experienced. The latest public figure to speak out and take action is E! News host Catt Sadler, who has announced she’s leaving her “dream job” at the network after finding out that her equally experienced male co-host makes significantly more than she does.

“I’ve had the best experiences. I’ve gotten incredibly close with all of my coworkers. It’s like a family here and it’s been beautiful for the majority of my run,” Sadler told People. “I pinch myself every day [at] the job that I get to do. I have so much fun. It has almost been surreal. But then, this year happened.”

Over the past year, Sadler happily took on more responsibilities at the network. “Daily Pop was born. I was named host, which meant double duty,” she wrote on her website the Cattwalk. “Hosting a live, two-hour daytime show while also hosting E! News most nights. It was creatively challenging but genuinely one of the most fulfilling years of my professional career.”

As Sadler’s current contract came to an end, the network approached her about renewing. “Coincidentally, around this same time, an executive from E! brought something alarming to my attention — namely, that there was a massive disparity in pay between my similarly situated male co-host and myself,” she wrote. “More recently, when E! reached out to renew and extend my deal, I learned that he wasn’t just making a little more than I was. In fact, he was making close to double my salary for the past several years.”

Sadler told People the information was hard to swallow, but that she blames the system, not Kennedy, for the discrepancy, and that her friend is “devastated” by the turn of events.

According to her, E! wasn’t willing to match the pay. The network, for its part, said via a spokesperson that it “compensates employees fairly and appropriately based on their roles, regardless of gender. We appreciate Catt Sadler’s many contributions at E! News and wish her all the best following her decision to leave the network.”

“It was my desire to stay at my job,” Sadler wrote on her website. “I will continue to pursue my passions while making my children proud. The way I see it, I have an obligation to be an agent for change. … This chapter is over and a new one begins.”

What do you think about Catt Sadler’s departure from E! News? Let us know @BritandCo.