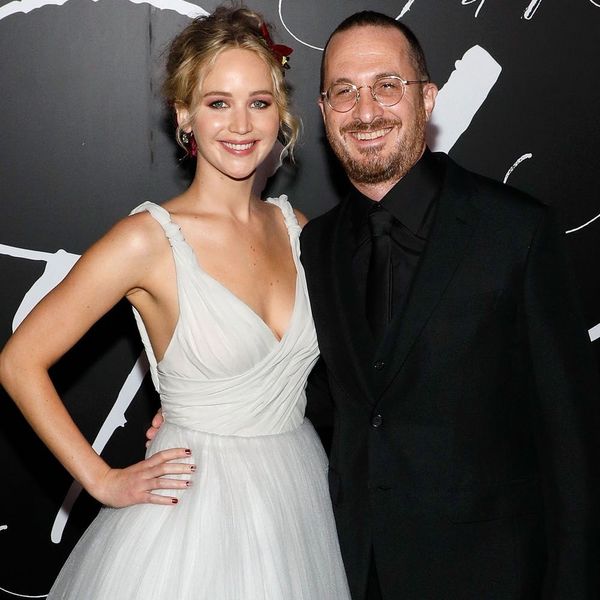 It wasn’t that long ago that Jennifer Lawrence was singing the praises of her “brilliant” boyfriend, Darren Aronofsky. But it looks like things between them might not be quite so rosy anymore — romantically, at least — because the two have reportedly split after one year of dating.

According to People, E! News, and Entertainment Tonight, the mother! star and the film’s director called it quits last month. And while we don’t know what led to the rumored breakup, it was apparently an amicable situation and the two are still friends.

Proof of that may be in the fact that the pair were last spotted out together at the Governors Awards in LA on November 11, which was after they had supposedly split.

The industry peers first fell in love while filming mother!, though J.Law confessed to The Hollywood Reporter that she had eyes for Aronofsky even earlier than that. “I had a crush on him when he pitched [the movie] to me, and that was a year before we started rehearsing. But he was a professional, which only made it worse for me,” she said. “We just kind of formed a friendship. He knew how I felt; he never told me how he felt. I mean, I assumed. And then friendship turned into a partnership once we started working. And when the movie was done, I was like, ‘Alright, you’re my boyfriend.'”

The actress had previously suggested that their relationship may have been a case of opposites attracting. “I normally don’t like Harvard people, because they can’t go two minutes without mentioning that they went to Harvard. He’s not like that,” the 26-year-old told Vogue back in August, adding that he hated the fact that she watches reality TV and has a well-known love of the Kardashians. “He just finds it so vastly disappointing.”

Does your S.O. have an interest in something that you just don’t understand (or vice versa)? Let us know @BritandCo!