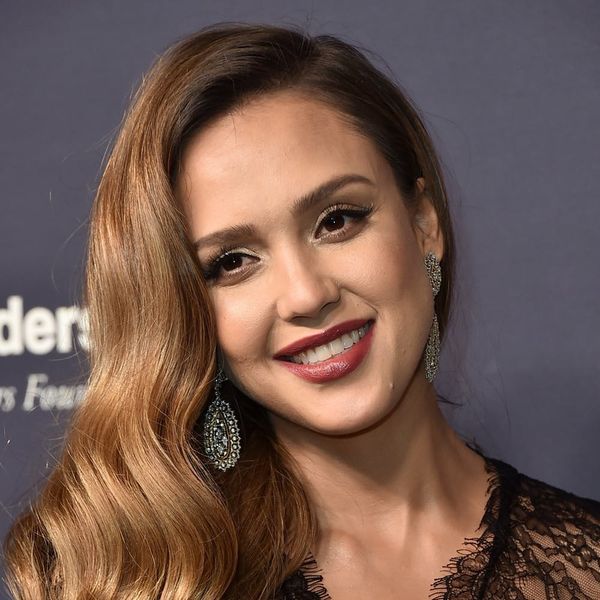 Jessica Alba is now the proud mother of three children: nine-year-old Honor Marie Warren, six-year-old Haven Garner Warren, and three-month-old Hayes Alba Warren. And while she’s currently basking in the bliss of motherhood, she’s also reminding the public that being a parent isn’t something that one can perfect — and, that where it comes to her mistakes, she doesn’t feel the need to share the nitty-gritty of her experiences with the world.

“I don’t have it together at all,” Alba admitted in the latest issue of Redbook magazine. And while she’s fully willing to own up to the fact that she’s not 100 percent on top of things every moment of the day, she doesn’t feel compelled to point out every misstep she takes to her vast social media following.

“I just don’t need to use social media as therapy and tell everyone, ‘Today I f*cked up as a mom,'” she joked. “It’s none of your damn business.”

The 36-year-old continued by saying that she doesn’t judge those who are vocal about their parenting mistakes, but reiterated that it’s simply not her thing, saying, “I’m fine if people want to air their dirty laundry online, but people know enough about me.”

This also doesn’t mean that Alba is trying to hide her slip-ups; she just keeps them within her inner circle. She explained, “I make mistakes all the time. Sometimes when I get together with my friends, we’ll reflect on how we’ve made similar good and bad decisions. It’s like, ‘Yeah, that was humbling.’ Then you move on and have a glass of wine.”

Do you share your parenting mistakes (or mistakes in general) on social media or do you keep them between you and your friends? Let us know @BritandCo!

Desiree O
Desirée O is a ‘Professional Bohemian’ who loves anything and everything related to the arts, entertainment, and pop culture. She ADORES being a ‘Newsy’ for Brit + Co, covering all of the latest tidbits of awesomeness that you want to read about. When she’s not writing, she’s either making messy art, going on long adventurous walks with her camera, or poking around over at bohemianizm (http://www.bohemianizm.com/). You can find out about Desirée O and her work at http://DesireeO.com/ or follow her on Twitter @DesireeO.
Celebrity
Celebrity News
Celebrity Jessica Alba