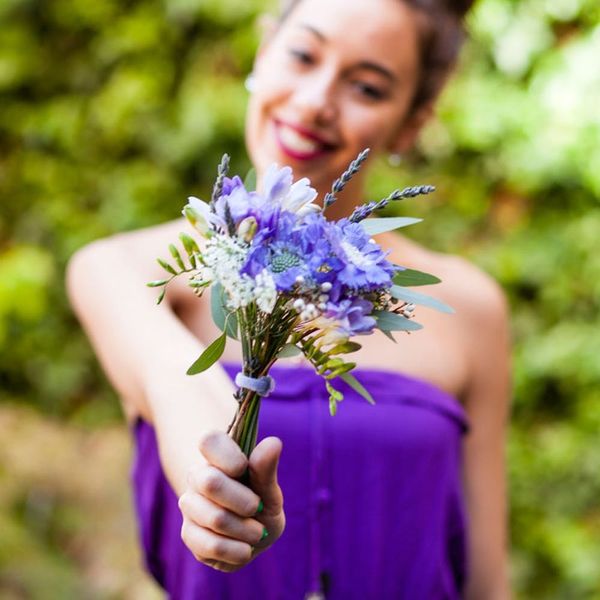 Jordana Brewster is one busy bee. She is best known for her work on the Fast & Furious films, Secrets and Lies and, most recently, as Nicole Brown in American Crime Story. The 35-year-old actress is also mom to a two-and-a-half-year-old son, Julian, AND partnering with Gilt Groupe and Zyrtec to promote makeup looks for spring allergy sufferers. Can you relate? We thought you might.

Her strategies for fighting the curse that is pollen face? “Sometimes you have to improvise,” the chill, with-it gal confesses. “If I’ve got puffy eyes, if I have time on my way to work I’ll put on underage patches which will tone down the puffiness, and drive with them on under sunglasses. Or I’ll keep it old school: put some spoons in the freezer, or teabags in the freezer.”

If she’s on the road, she’ll fight bloating with warm towels. With her wacky schedule, Jordana Brewster is on the road often. She unwinds with her Spotify playlist (“I love listening to what’s number one in Brazil,” the half-Brazilian gushes) or hip-hop (“I’m a big fan of Jay-Z”) while practicing her Portuguese with little Julian. “Now that I’m a mom, I try to speak Portuguese as often as I can,” she says, mega-aware of the positive effects of multilingualism on a developing brain.

As for little Julian’s Spotify playlist: “He’s obsessed with the Nae Nae,” she laughs. “He and his cousins do the dance. It’s so cute. It’s like having a little chorus in the background.”

Besides motherhood and career, Brewster and hubby Andrew Form are also in the final stages of building a house. The whole process has led to something of a creative awakening for the couple; Jordana now wonders whether this could be the makings of an alternate career. “Now I think it would be really fun to flip houses,” she says. “It’s so fun to have an idea in your head of what something would look like and then see it come to fruition.”

But for now, Jordana Brewster is keeping her handicraft skills a little more basic. “The last thing I made with my hands was a PlayDoh sculpture with my son,” she says. “He’ll give me instructions, like ‘car!’ and then I have to make it.” Way too cute!

When was the last time you used PlayDoh? Tell us @britandco!