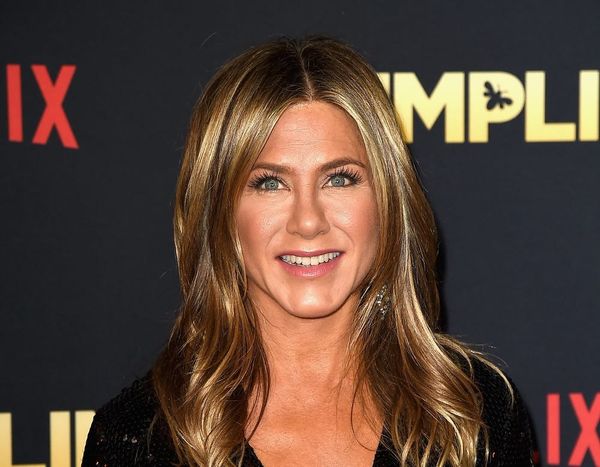 It’s been one year since Jennifer Aniston and Justin Theroux announced their split after two years of marriage, but there’s clearly still a lot of love and respect between them, as Theroux publicly praised his ex in honor of her 50th birthday on Monday, February 11.

“Happy Birthday to this fierce Woman,” he captioned an Instagram pic of the Dumplin’ star for her milestone celebration. “Fiercely loving. Fiercely kind…and fiercely funny. [Heart] you B.”

The photo that accompanied the note was a black-and-white image of Aniston holding a pair of bull horns above her head as she made a defiant, “fierce” face.

The former Friends star doesn’t have an Instagram account, and has said she never will, but there’s a good chance that the message was also passed on personally — or that she may have been lurking. “I don’t feel I’m missing out, but I do sometimes feel that I’m not keeping up or that things are happening at a speed at which I’m going to be left behind in the dark ages,” Aniston said in 2017 of not being on the social network. “So every once in a while I will Google someone’s Instagram just to see something that caught someone’s eye here or there.”

Aniston and Theroux announced their amicable split in February 2018, though they also revealed they had separated months earlier. “In an effort to reduce any further speculation, we have decided to announce our separation,” the pair said in a statement from the actress’ publicist to the Associated Press. “This decision was mutual and lovingly made at the end of last year. We are two best friends who have decided to part ways as a couple, but look forward to continuing our cherished friendship.”

The pair, who had been married for two-and-a-half years and together for seven, said they announced their separation to get ahead of media speculation, and were determined to “maintain the deep respect and love that we have for one another.”

What do you think of Justin Theroux’s birthday note to Jennifer Aniston? Let us know @BritandCo!