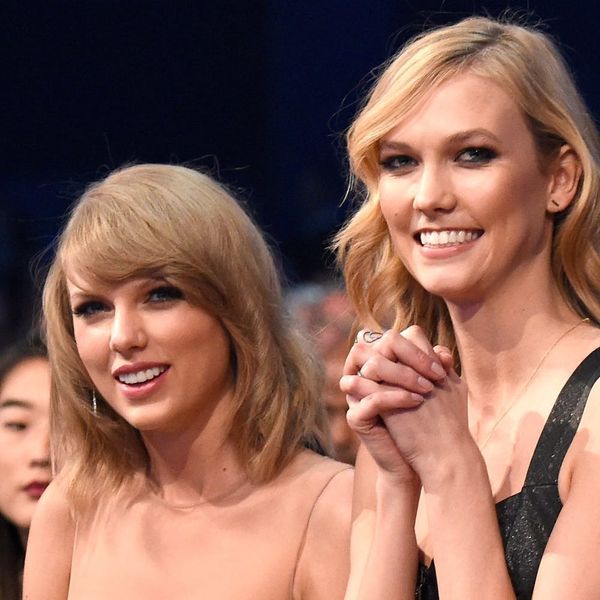 Jennifer Lawrence can finally get some shut-eye, as the mystery surrounding Karlie Kloss and Taylor Swift’s friendship has been solved! The twosome, who have been subject to buzz of a brewing feud for months, are indeed still good friends, with Kloss publicly addressing the issue once and for all.

The rumor mill began churning back in September, when Taylor Swift debuted her music video for “Look What You Made Me Do” in a t-shirt bearing her squad members’ names, none of which were Kloss’s.

Throw in Swift’s refusal to participate in the model’s new show Movie Night With Karlie Kloss due to scheduling conflicts and reports of a full-blown feud were underway.

In December, Kloss took to Instagram to pay homage to her pal with an adorable selfie of the two, saying, “Happy happy happy birthday @taylorswift!”

Still, it wasn’t enough to quell rumors of a falling out, with Kloss later giving a perceived nod to her pal’s sworn enemy of Katy Perry in an Instagram caption, and even hanging out in a group setting with the “Swish Swish” singer in LA.

Jennifer Lawrence was admittedly confused, revealing in a Times Talk that she’d “like to know what was going on” between the two, saying the mystery was keeping her up at night.

She needn’t wonder anymore, however, with Kloss sounding off on the matter directly, squashing any speculation of discord with just five words. “Don’t believe everything you read,” she told the New York Times.

The outlet further cited the pop star as one of her closest friends, noting that they still talk frequently.

Welp, there you have it, folks! Looks like this was much ado over nothing.

Do you think these two are secretly feuding? Sound off over @BritandCo.

Nicole Briese
Nicole is the weekend editor for Brit + Co who loves bringing you all the latest buzz. When she's not busy typing away into the wee hours, you can usually find her canoodling with her fur babies, rooting around in a bookstore, or rocking out at a concert of some sort (Guns N' Roses forever!). Check out all her latest musings and past work at nicolebjean.com.
Celebrities
Celebrity News
Celebrities Friends Taylor Swift
More From Celebrity News