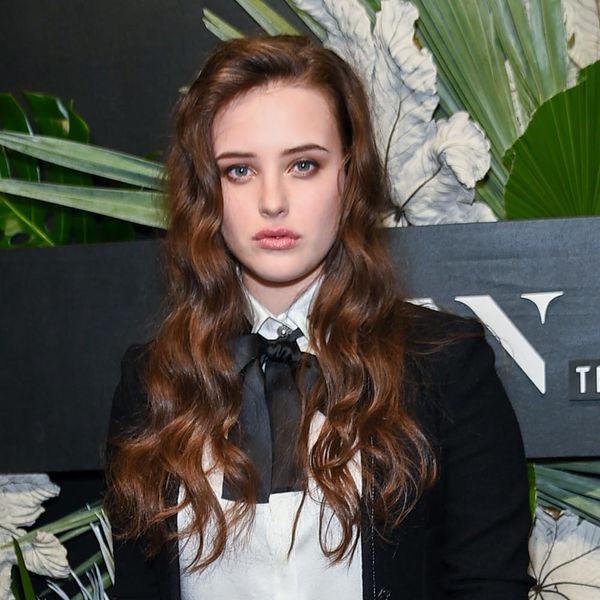 Netflix’s new series 13 Reasons Why may be fictional, but it deals with a very real subject. The show, which centers around the suicide of a high school student, played by Katherine Langford, explores both the threats and consequences of such a tragedy.

Langford didn’t take her role lightly. The actress immersed herself in the difficult part and wasn’t immune to its emotional after-effects.

After long days of filming, Langford needed an escape valve. “I watched a lot of The Office, but I didn’t get to go home until we were well and truly done, so,” she tells E!.

While her LA-based co-stars returned home during breaks from filming in Northern California, the Australian native who’d moved for the part, adjusted to living on this side of the world.

“For me, what kind of eased it was that when I got there we had to find locations to live and inhabit for the next six months. The first thing that I put in my apartment was a piano.” Langford explains in the E! interview. “I bought one for $50 and it was a lifesaver because I just went home and played and played…I’m sure I annoyed everyone on the same floor, but…”

Next up for Langford is another dark role in “The Misguided,” a thriller about a woman forced into a deadly situation. Cue piano music and Office reruns.

What do you think of Langford’s sadness remedies? Let us know @BritandCo!

Rachel Davies
Rachel Davies is a writer, curator, and editor. Apart from writing, Rachel loves to read, take Greyhound buses, and drag her friends to museums every weekend. You can find Rachel over on Twitter @rachelcomplains.
Netflix
Celebrity News
Netflix
More From Celebrity News