Keeping Up With the Kardashians Recap: Gluten-Free Spies 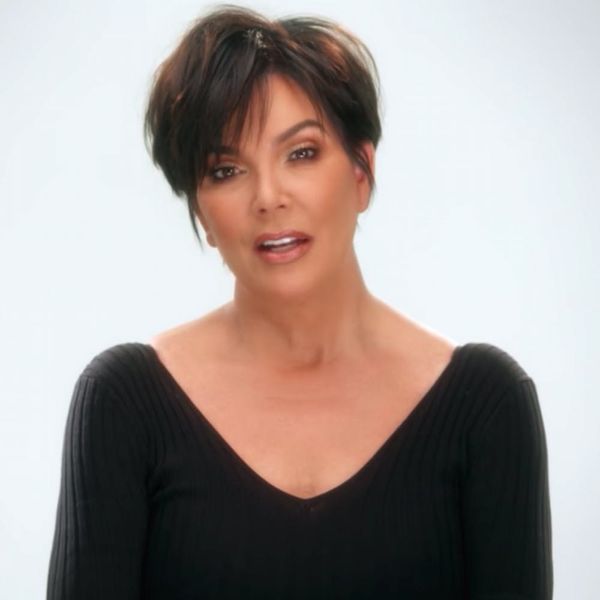 The Kardashian/Jenner clan is back for 2018 and while they’re not yet ready to reveal Khloé’s pregnancy or acknowledge Kylie’s existence, let alone the life growing inside of her, the women have enough personality quirks to address on this week’s episode of Keeping Up With the Kardashians. Kourtney’s best life continues to be scrutinized whether it’s her gluten-free diet in this episode or her romance in real time. Khloé and Kris have their own obsessive and maybe even destructive tendencies and Kim is caught in the middle of it all, navigating jealousy and irritation with her sisters as she also wonders where she should be hiding her jewels.

2018 kicks off with a health and nutrition war between Kim and Kourtney. Kourtney believes her gluten-free diet to be nutritionally superior to Kim’s, but Kim is concerned that Kourtney’s diet is merely a fad. Both Kim and Khloé are concerned that Kourtney might have elevated arsenic levels and that it might be the reason that she has such bad skin. Harsh! Of course, the only way to determine who is the best eater of the clan is to do as many tests and consult as many nutritionists as possible in order to make this a teachable moment for both the Kardashians and the world. At this point, I really do learn quite a lot about social issues, mental health, and myself from these women, so they might as well teach me about nutrition. Tell me how to eat, ladies! Still waiting on that Khloé meal plan!

Kim, Kourtney, and Jonathan do a sweat test in which they scrape vials across their skin as they sweat in a sauna. They last about five minutes in the sauna and collect very little sweat before Kourtney declares the samples are almost certainly tainted with makeup. You mean Kylie Cosmetics and KKW Beauty aren’t the purest products on the market? Kourtney gets Kim and Jonathan to go do a blood and urine test with her doctor. Both Kim and Kourtney’s tests are clean but Kim is still confused about diet and nutrition. She invites a nutritionist over to her house and learns that the only risk of increased arsenic or mercury in a gluten-free diet is through processed foods with rice flour. Ultimately, the nutritionist does not suggest a universal gluten-free diet since everyone processes food differently. And so, for those of us who get much of our knowledge from our Sunday nights with the Kardashians, we remain nutritionally and perhaps existentially confused.

Khloé fights with her family members over her short temper and tendency to exaggerate. Did her friend pleasure herself at that crazy party? Did that one girl from Planned Parenthood have unprotected sex only once? Kim is always convinced that Khloé is lying or exaggerating and Khloé snaps at her, leading to a great deafening Kardashian silence. Don’t do this ladies! We live in dark enough times without y’all feuding about what your friend’s fingers have been up to.

Malika and Khadijah tell Khloé that she needs to be more patient with her family. Khloé, ever the self-improver, listens to positive affirmations from a creepy voice and then calls Kim to apologize. Kim, still upset from the fight, cuts her off and tells Khloé to call her back when she feels like being a decent human being before hanging up on her. Khloé does a great job of breathing and talking out her response to herself and not getting upset with Kim. MVPs always know how to work through their anger issues! Later, they meet up and Khloé calmly admits that her fuse is too short with Kim, which opens Kim up to admitting that she has a hard time believing Khloé, even though she hasn’t had any reason to doubt her since they were kids. Be still my heart as these women learn to communicate better with each other while my sister and I mainly just communicate through GIFs.

Kris is very concerned about MJ’s health and wants to know where she is at all times, so naturally, she buys her insoles that are also a tracking device. Kris tracks MJ but gets upset when she doesn’t return her calls and spends far too much time tracking her. When Kourtney finds out, she threatens to tell MJ but Kris beats her to the punch. MJ admits that it’s weird and wants more independence but she is happy that Kris cares so much about her. Heads up NSA, take a tip from America’s favorite momager and use the “But it’s because we care about you!” excuse next time we as a nation care about mass surveillance.