Keeping Up With the Kardashians Recap: Kourtney’s Interior Monologue 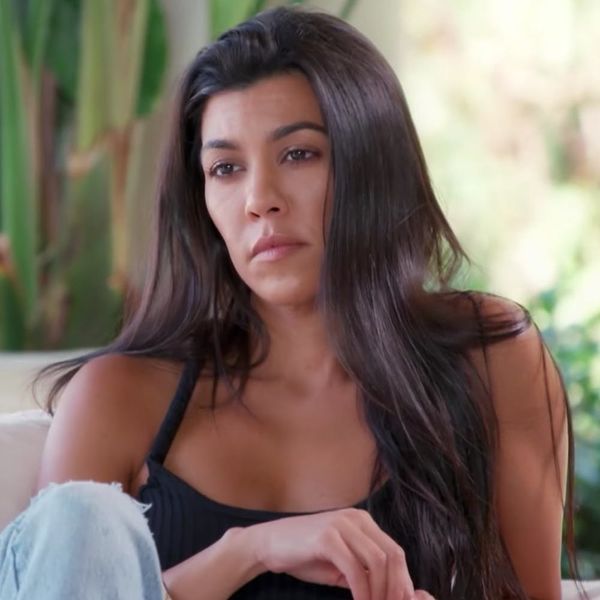 After last week’s big pregnancy reveal, you might think that the Kardashians would only be focused on all of the babies that are turning this once reasonably sized clan into an apocalypse surviving army. But these women are nothing if not multi-taskers, particularly where their drama is concerned. Kourtney may be living her best life as pretty much the only sister who isn’t popping out kids, but her struggles with Scott and her unclear professional path make for a significant distraction from her sisters’ growing broods. Can Kourtney find something that her sisters haven’t already done? Yeah, probably not.

Kourtney’s work ethic has been a point of contention between her and her more motivated sisters. Khloé confronts her when she shows up late for a meeting and again when she expresses an interest in interior design. Kourtney’s sisters are equally as dismissive when her passion for interior design morphs into a plan to flip houses. Khloé and Kim decide that Kris needs to talk to Kourtney about her unrealistic expectations regarding her entrepreneurial pursuits.

Kris supports Kourtney’s idea, which has ballooned to accessories and furniture, but comes down heavy on the fact that Kourtney is generally unfocused in her pursuits compared to her sisters. Kourtney hits back and says that she can still be successful even if she doesn’t work as hard as her sisters. She meets with her friend Martyn to discuss interior design and he gushes over her and tells her that she has an amazing talent and could definitely be successful in interior design. It’s settled, then! When can I preorder that Kourtney Kardashian chaise lounge, gurl?

Kris becomes obsessed with death when she goes to lunch with Faye Resnick and encounters a fan who’s wearing a ring with her grandmother’s cremated ashes. Kris makes plans for her ashes to be made into a diamond propped up on a velvet pedestal in a glass case. I’m here for it! But go even further and make a whole, heavy diamond necklace that all six of your children have to wear in shifts for the rest of their lives in order to get their inheritance. I’d personally prefer that you do a piece inspired by the Heart of the Ocean from Titanic, but you do you, lady. Unfortunately, she has to learn a life lesson from this flimsy plot and ultimately decides to let her kids decide what to do with her body. Kids, the diamond idea is TOPS.

It seemed for so long that we might be spared Scott antics this season, but one visit to Williams Sonoma with Kris brings his poor behavior back into the spotlight. Kris is concerned about the way that Scott is acting around all the overpriced dishes and brings it up to Kourtney. Kourtney has had it with her family not confronting Scott when he does something strange and tells Kris to say something to him. Later, Scott calls Kourtney at 2am to yell at her about her relationship with Younes. He gets upset when she tells him that Younes is, in fact, her boyfriend, because apparently, he was the only one in the world who didn’t realize this.

The next day, Kourtney tells her sisters that she went to talk to Scott and it went so poorly that she had to yell at him to stay on the other side of the room. Kourtney resolves to set new boundaries as Scott continues to backslide whenever Kourtney’s life is going particularly well. She resolves to keep Scott at a distance, but as much as we’ve been through Scott’s volatile behavioral shifts, we’ve also been through Kourtney’s assertions that she isn’t going to take it anymore and we’ve yet to see her follow through. The episode ends with Scott realizing yet again that he needs to get his act together for the children. Flash forward to season 44 where he’s really, truly, honestly trying to finally get it all together for his adult children.