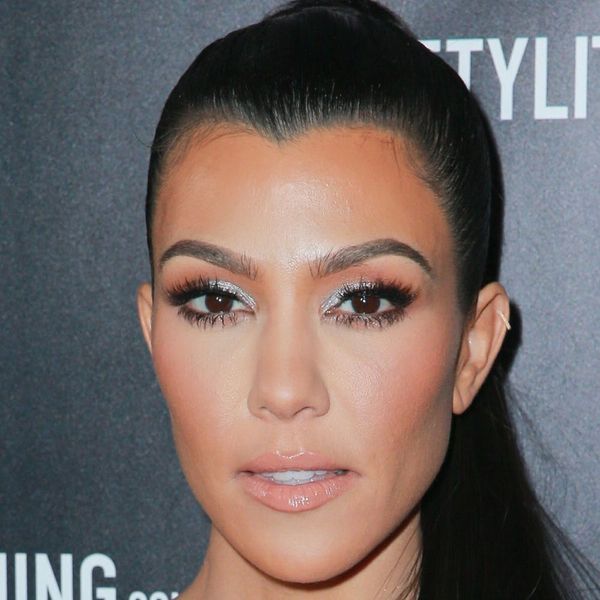 The Kardashian empire strikes again! In the past few years, Kylie Jenner and Kim Kardashian West have all but taken over the beauty industry, with Jenner raking in an estimated $420 million plus in profits from Kylie Cosmetics as of October 2017, and Chicago West’s mommy selling $10 million worth of her KKW Beauty Crystal Gardenia fragrances in a single day. Now, the eldest Kardashian sis is reportedly getting in on the action with plans for a makeup line of her own.

According to TMZ, the 38-year-old has officially filed legal documents on behalf of her company, 2DIE4KOURT, to own the brand name “Kourt” which spell out what the outlet calls a clear intent to “fire up a cosmetics business.”

In the past, similar trademark filings by the family have clued fans in to product releases ahead of schedule, including Kylie Jenner’s highlighter launch.

A recent snapchat shot posted by the mommy of three also seemed to confirm the news, with a bevy of logo choices placed oh-so-strategically next to a Kylie Cosmetics notepad, and a hand-written pink Post-It on top that seemed to denote the winner: a pretty scrawled cursive script of Kardashian’s nickname.

A post shared by Kourtney Kardashian Snapchat (@kourtneysnapchat) on Jan 14, 2018 at 6:35am PST

While there’s no word on the exact beauty products she could soon be hawking, some have suggested her love of all things green (including natural deodorants and fish oil for super strong nails) could indicate some vegan products are on the way.

We for one, can’t wait to see what the mommy of three has in store!

Are you excited to see Kourtney round out the trio of Kardashian makeup mavens? Sound off over @BritandCo.

Nicole Briese
Nicole is the weekend editor for Brit + Co who loves bringing you all the latest buzz. When she's not busy typing away into the wee hours, you can usually find her canoodling with her fur babies, rooting around in a bookstore, or rocking out at a concert of some sort (Guns N' Roses forever!). Check out all her latest musings and past work at nicolebjean.com.
Beauty Products
Beauty News
Beauty Products Kardashians