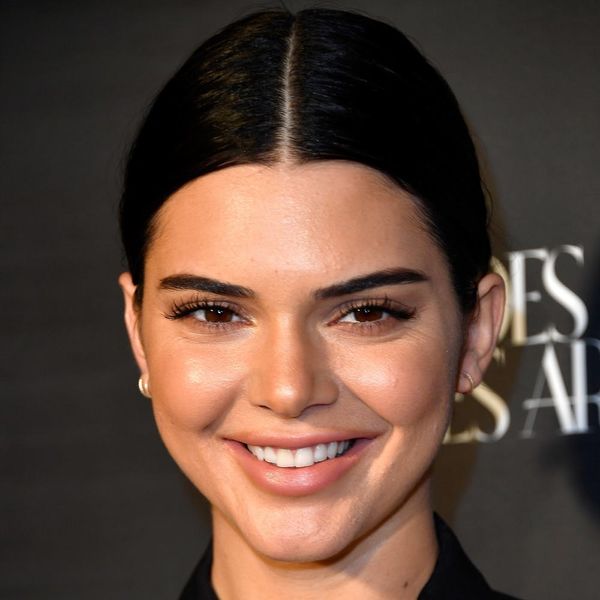 There are boots… and then there are BOOTS. The insane crystal and leather kicks supermodel Kendall Jenner donned to celebrate her birthday *definitely* fall in the latter category, as they well should: The Italian-made, four-inch showstoppers cost a whopping $10,000!

The now 22-year-old was seen sporting the masterpieces while celebrating her big birthday bash.

She kept things otherwise casual in an extreme itty bitty white crop top and light denim jeans, making for a high-low look unlike any we’ve ever seen.

Also on hand to join in on the festivities was BFF Hailey Baldwin, who posted a shot of herself with the birthday girl, saying, “Happy 22nd birthday to my angel face. I love youuuuuuu. To many more!” Awwww!

She also uploaded a video of the reality starlet to her Instagram stories, in which she could be seen taking aim at a piñata — no word on what was inside, but with boots like that to swing in, who really cares?

The stunners in question, Saint Laurent’s Niki Crystal Embellished Boots, are currently up for grabs on Nordstrom’s site, but sadly, they’re not part of the store’s current fall sale (hey, a girl can dream, right?).

Jenner first showed off the jaw-dropping footwear back in October, posting a glittering shot of them to her Instagram page, along with the words, “Foxy.” We’ll say!

What do you think of Kendall’s kicks? Share with us @BritandCo.

Nicole Briese
Nicole is the weekend editor for Brit + Co who loves bringing you all the latest buzz. When she's not busy typing away into the wee hours, you can usually find her canoodling with her fur babies, rooting around in a bookstore, or rocking out at a concert of some sort (Guns N' Roses forever!). Check out all her latest musings and past work at nicolebjean.com.
Birthday
Celeb Style
Birthday Boots Celebrities Kardashians Kendall Jenner Shoes