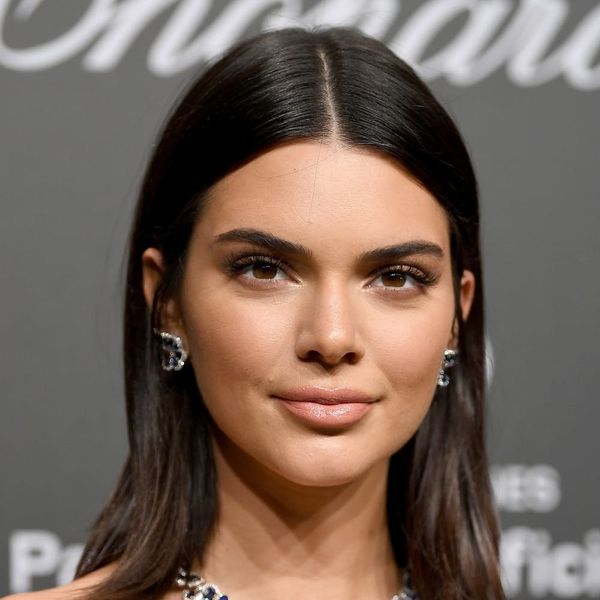 Breakups are never easy, but add in a best-selling memoir which airs all your dirty laundry as a couple, and you’ve got yourself a recipe for disaster. That’s exactly the situation which exes Kris and Caitlyn Jenner, who divorced last year after 23 years together, have found themselves in following the release of Caitlyn’s book, The Secret of My Life ($17), with things getting messy, and fast.

Kris claims that Caitlyn is lying about their union in the memoir, and her brood is standing behind her, with Kim angrily saying that the Olympian “started three different families with three different people and f*cked everyone over.”

Jenner’s eldest biological daughter with Kris, Kendall Jenner, is also having her say, and it’s not looking the best for dear old dad. Despite admitting to Harper’s Bazaar that she’s “more of a Jenner than a Kardashian” when it comes to tapping into her girly side, the supermodel is totally team “K” on this one.

In a new clip for Keeping Up With the Kardashians, she says there’s truth to Kris’s allegations that Caitlyn’s memoir isn’t exactly accurate. “I heard about all of the stuff she was saying in it and just how a lot of it is so not true,” she says in a convo with her mom.

While the 21-year-old concedes that she doesn’t think her dad is “purposefully lying,” and rather truly believes what she’s penned, she takes issue with the fact that Caitlyn didn’t exactly paint her step-children in the best light, either. “And then she goes around dissing the Kardashians, but it’s like, those are the kids that YOU raised!” Kendall exclaims. “If you have a problem with them, you raised them! That makes no sense to me that she would go around bashing, like, us for no reason. It’s insane, mom. That’s insane!”

Girl’s got a point — Jenner has been a father figure to Kourtney, Kim, Khloé, and Rob since they were wee little tykes, with Kourtney, the eldest, being just 11 at the time of her and Kris’s union. Then again, there’s always two sides to every story…

Watch the fireworks go down tomorrow night on E! at 9pm/8c.

What do you think of Kendall’s take on the KarJenner feud? Tell us over @BritandCo.

Nicole Briese
Nicole is the weekend editor for Brit + Co who loves bringing you all the latest buzz. When she's not busy typing away into the wee hours, you can usually find her canoodling with her fur babies, rooting around in a bookstore, or rocking out at a concert of some sort (Guns N' Roses forever!). Check out all her latest musings and past work at nicolebjean.com.
Family
Celebrity News
Family Kardashians Kendall Jenner
More From Celebrity News