This Is the One Thing Kendall Jenner Inherited from Caitlyn Jenner 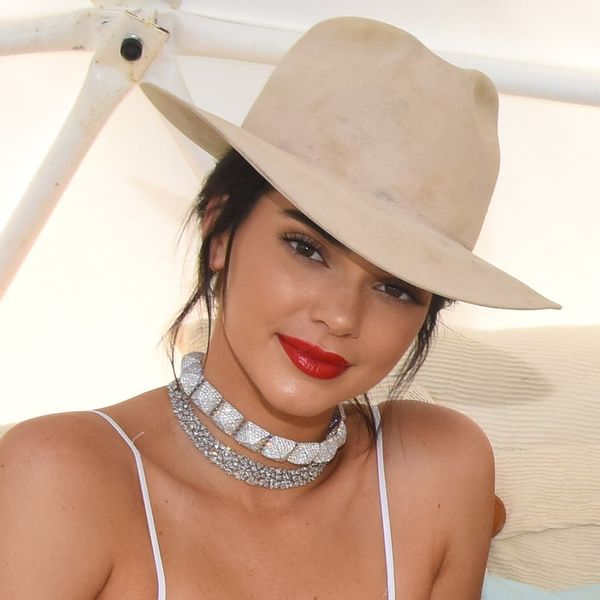 It’s hard to imagine that supermodel Kendall Jenner isn’t girly, but it’s true! “I’m more of a Jenner than a Kardashian,” Jenner told Harper’s Bazaar in her interview for her May cover.

In her interview, the 21-year-old explains that, unlike her superstar sisters, she shies away from some of their trademark glitz for a more laid-back look and feel.

“I think people always want what they can’t have. It’s nice to have some mystery.” @KendallJenner opens up about fears for her safety, her famous clan, and growing up a tomboy in our May 2017 issue (link in bio). Presented by our partner @EsteeLauder Photograph by @studioakrans Styling by @tom_van_dorpe.

Even though Jenner regularly graces the runways of the most talented designers in the world (Chanel, Marc Jacobs, Dolce & Gabbana), has nabbed endorsements with brands like Estée Lauder and OPI, and helms a clothing line with younger sister Kylie Jenner — eponymously named Kendall & Kylie — she prefers a more understated personal style. And there was even a time when her tastes skewed tomboy-ish. “I had a phase where I wore boys’ clothes,” Jenner says. “I was always hanging out with guys. I’ve always connected with guys more.”

“I’ve always been the different one,” the reality starlet insists. “I mean, I’m a girl and I like being a girl, but I’ve just never been into it like they have. I think I get it from my dad.”

@KendallJenner is a picture of spring behind the scenes of our May 2017 cover shoot. Photography by @studioakrans Styling by @tom_van_dorpe For a gorgeous matte red that won’t dry out lips, try Bar Red from our partner @EsteeLauder

And her father also agrees. “We have a special bond,” her father was quoted in the article as saying, “because she’s a lot like me in so many ways. Hardworking. Athletic. She loves the car stuff. And I couldn’t be more proud of her.”

Jenner’s also in no hurry to #breaktheinternet, even though according to the New York Post, she earns a staggering $5,000 PER tweet (!!). The supermodel tries to maintain as much privacy as possible. “More than the rest of my family, I guess,” she says. “Just ’cause I think it’s powerful. Plus, I think people always want what they can’t have. It’s nice to have some mystery.” Jenner’s tendency to stay under the radar on social media may be why we didn’t hear much from her after her recent Pepsi controversy.

Kudos to her for staying true to herself throughout her superstardom!

Are you “girly” or are you like Kendall Jenner? Tell us @BritandCo!