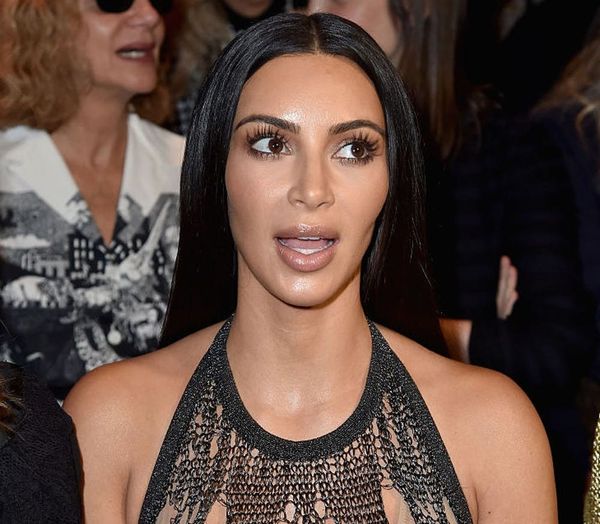 Today Kim Kardashian posted a pic to Snapchat that was clearly retouched a bit.

Okay, more than a bit.

Most people seemed to get the joke, but not all — one commenter wrote, “It’s not photo shopped, it’s called surgery, funny how kourtney nor kendall have the same body as kim, klohe, and kylie……..” Another commented “This picture looks fake sorry but the proportions are off. Esp. Your thighs.”

KK has been accused of digitally altering her famous frame in the past, from selfies to her infamous “Break the Internet” magazine cover. Recently, she was even accused of trimming her waist in Fergie’s video for “M.I.L.F. $”, but Kim vehemently denies those claims, even releasing behind-the-scenes pics to show that yes, that IS actually her body.

No matter how you feel about Kim, you can’t deny that she’s scrutinized constantly — particularly when it comes to her body. Perhaps this is just her way of taking some of the power back. Option B: It’s another genius attempt to get a million eyes on her Instagram account. Either way, hat tip.

Amanda Buckiewicz
Amanda Buckiewicz is a TV producer and writer based out of Toronto. Her claim to fame is producing live interviews with astronauts on the International Space Station, and getting beat up by a bunch of aerial Asian Carp. She spends a lot of time worrying about climate change, shark conservation, and where to find the best moisturizer for her combination skin.
Photoshop
Celebrity News
Photoshop