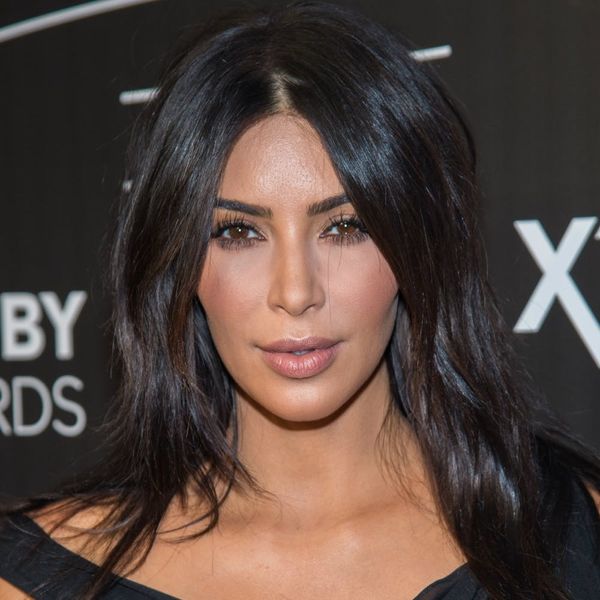 While Kanye West was busy getting ready for the video premiere/potential battle that’s about to begin (continue?) when he debuts his new “Famous” video via Tidal at 10 pm (9pm CST) — the song that infamously references one Miss Taylor Swift in a less than savory light — wife and mother Kim Kardashian (who herself has now defended her husband against Taylor’s claims) is using social media for an entirely different purpose.

Taking to Twitter, Snapchat and Instagram, the proud mommy is sharing some seriously sweet snaps of baby Saint — AKA her little mini-me.

This endearing photo of the cute-as-a-button babe, seen here happily gnawing on his own little digits, required no caption (though the included angel emoji was pretty good).

She also confirmed what we clearly already knew when she tweeted that Saint was her twin.

Saint is my twin!

Kim went on to say that while, of course, her little honorary Disney princess daughter North resembles her as well, it’s more her father that she takes after.

Interesting how the gender swap occurred there, no? Regardless of who looks like whom, one thing is for sure: Your babies are freakin’ adorable, Kim and Kanye!

Are you surprised by Kim’s baby revelation? Let us know over @BritandCo!

(Photos via Jeff Spicer and Mark Sagliocco/Getty and @kimkardashian)

Nicole Briese
Nicole is the weekend editor for Brit + Co who loves bringing you all the latest buzz. When she's not busy typing away into the wee hours, you can usually find her canoodling with her fur babies, rooting around in a bookstore, or rocking out at a concert of some sort (Guns N' Roses forever!). Check out all her latest musings and past work at nicolebjean.com.
Celebrity Baby
Celebrity News
Celebrity Baby Kardashians Taylor Swift
More From Celebrity News