Kim K Wants the Final Word in the Taylor Swift vs. Kanye Feud 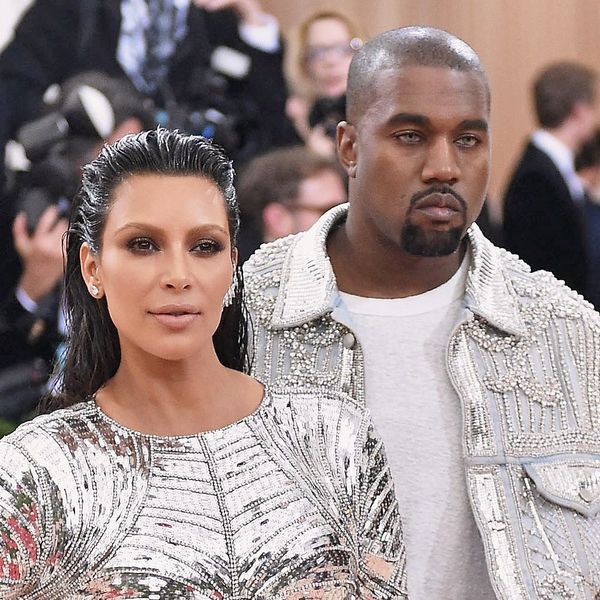 Kim Kardashian reveals a lot (and we mean A LOT) in her new GQ interview, and we’re not just talking about her nekkid bod. Between pics of the unclothed celeb in bed, a telling story unravels of a wife and mother who also happens to be married to the most famous rapper in the world. From her thoughts on his lyrics about sleeping with other women to her political leanings, nothing is off limits. That’s why when asked about the feud between her hubby, Kanye West, and Taylor Swift, Kim had a few things to say.

“I feel like me and Taylor might still have sex. Why? I made that b*tch famous.” Those are the infamous lines that stirred up the trouble all over again. With Kanye and Taylor’s bumpy history (i.e. the “Imma let you finish…” MTV Awards snafu) the drama had calm down when BAM! Kanye released his song, “Famous.”

It’s definitely a murky situation: Kanye claims that he made Taylor aware of the line in a phone call prior to the release. Tay admits that a call took place, but denies that she gave approval. Instead, she says that she warned him of the misogynistic tone. Who’s telling the truth?

To clear things up, Kim has stepped in as a witness to that very call. “She totally approved that,” Kim told GQ. “She totally knew that that was coming out. She wanted to all of a sudden act like she didn’t. I swear, my husband gets so much shit for things [when] he really was doing proper protocol and even called to get it approved.”

Kim’s not sure why Taylor would say otherwise and isn’t impressed. “I don’t know why she just, you know, flipped all of a sudden… It was funny because [on the call with Kanye, Taylor] said, ‘When I get on the Grammy red carpet, all the media is going to think that I’m so against this, and I’ll just laugh and say, ‘The joke’s on you, guys. I was in on it the whole time.’ And I’m like, wait, but [in] your Grammy speech, you completely dissed my husband just to play the victim again.”

And while this might just be Kim’s word against Tay’s, there’s also apparently a tape with proof — which it totally likely, as we well know that nearly every moment of the Kardashian-West family’s lives are documented. Things even went so far as Taylor’s lawyer apparently trying to block the release of the footage. When GQ inquired, Kanye’s camp confirmed the tape’s existence but refused to release it. Taylor’s peeps, on the other hand, released a full-on statement taking Kim down.

“Taylor does not hold anything against Kim Kardashian as she recognizes the pressure Kim must be under and that she is only repeating what she has been told by Kanye West,” the statement reads. “However, that does not change the fact that much of what Kim is saying is incorrect.” So, they’re saying that Kim is lying because she’s being told to by Kanye? Oof.

The statement continues to again confirm that a call did take place, but that Taylor was never told about specific lines and that she never gave Kanye her approval. It also explains that Taylor heard the song “for the first time when everyone else did and was humiliated. Kim Kardashian’s claim that Taylor and her team were aware of being recorded is not true, and Taylor cannot understand why Kanye West, and now Kim Kardashian, will not just leave her alone.”

While the matter is totally a music-biz big deal, it’s sounding more and more like middle-school-type drama. For realz, just leave Tay alone and move on, Kim and Kanye.

If this is indeed a celeb feud, are you on Team Taylor or Team Kanye/Kim? Tweet us @BritandCo!

Desiree O
Desirée O is a ‘Professional Bohemian’ who loves anything and everything related to the arts, entertainment, and pop culture. She ADORES being a ‘Newsy’ for Brit + Co, covering all of the latest tidbits of awesomeness that you want to read about. When she’s not writing, she’s either making messy art, going on long adventurous walks with her camera, or poking around over at bohemianizm (http://www.bohemianizm.com/). You can find out about Desirée O and her work at http://DesireeO.com/ or follow her on Twitter @DesireeO.
Kardashians
Celebrity News
Kardashians Taylor Swift