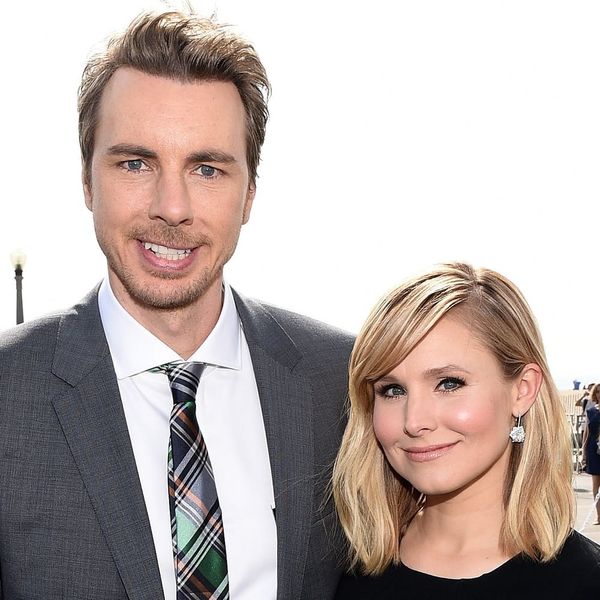 Dax Shepard may have helped Kristen Bell face the “toxic” behavior that was threatening their relationship, but that doesn’t mean that they don’t have their fair share of fights. They once had two tiffs in a single motorcycle ride, in fact.

Chatting with Jimmy Kimmel on Tuesday, Bell opened up about a road trip the couple took from New York City to Detroit early on in their relationship. The Good Place star wasn’t keen on her bae’s choice of “yacht rock outlaw country” music, so when they stopped for a break, she decided to swap it out for some snazzy show-tunes.

“Well, he was not happy,” the 37-year-old admitted. “Because I didn’t ask, we didn’t discuss it, and it was also like, we’re both control freaks…” At the time, they hadn’t yet mastered how to de-escalate their conflicts, so the fight “got bigger and bigger” and eventually warped into an argument about an entirely different issue.

“Dax Shepard believes that if he is in a state that does not have a helmet law, he should be ‘observing the local culture’ and not wear his helmet,” Bell explained to Kimmel. “So this morphs into an even bigger fight. And we ended up compromising on, if he was on the highway, he had to wear the helmet. But if he was on side streets, he didn’t have to wear the helmet.”

Though it sounds like they found some reasonable middle ground, she added, “I’m not joking, he took side streets for like four hours just to make a point.”

And it didn’t end there. When it started to rain, Bell suggested that Shepard wear a helmet regardless of whether he was on a highway. He wasn’t thrilled. “The rest of the road trip, I think through all of Ohio up to Michigan, we were fighting so bad, we both lost our voice because we were screaming at each other on the motorcycle.”

You might think it’s hard to stand your ground on a bike, but Bell told Kimmel, “I refused to hold onto him, so I held onto the back of the motorcycle, like a boss.” Like. A. Boss.

When they finally made it to Detroit, Bell’s mom had set up what she thought was the perfect way to welcome Shepard into their home: She had a stack of ALF videotapes for them to watch. Yes, ALF.

Shepard’s recollection of that moment, as Bell tells it, is: “‘I had an out-of-body experience. I hate this girl I’m sitting next to. We’re on the verge of a breakup. I think her mom is crazy, and all of a sudden, I’m watching ALF.’ He was fully outside of his body.”

The actor only made it through two episodes before excusing himself, but he and the Veronica Mars alum eventually worked things out. (Obviously.)

What’s the weirdest thing you’ve ever fought over with a partner? Let us know @BritandCo!