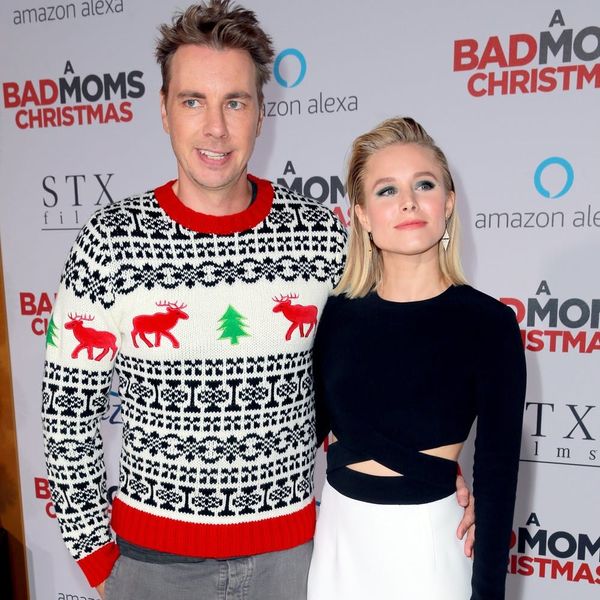 After four years of marriage, Kristen Bell and Dax Shepard still know how to make it fun. The couple, known for their adorable date nights (one of which you could currently win a chance to be a part of!), has long been making us swoon, but they just upped the ante by — get this — renting out an entire roller rink.

“Tonight, @daxshepard rented a roller skating rink,” the RL Anna gushed on Instagram stories. “And I had one of the best nights of my life.”

The duo, along with pals such as Ryan Hansen (who Bell just dressed up as Queen Elsa for), took over the Moonlight Rollerway in Glendale, CA.

Incredible night at @officialmoonlightrollerway- not a single broken bone!

There, they managed to have what she dubbed an “Incredible night,” steering clear of any accidents in the process. “Not a single broken bone!” she gushed.

Lucky for us, the dynamite pair took full advantage of the photo ops, holding hands and pulling some seriously stellar skate-dancing moves that could *almost* put their “Africa” video to shame… Almost.

Shepard, for his part, seemed just as enthused, uploading a video of their sweet moves along with the caption, “COUPLES SKATE!!!!!”

As Bell, 37, captured via Instagram stories, her fun-loving hubs also became part of a human skating chain that she couldn’t help but heart.

It’s official: These two are THE cutest dang couple in the biz!

Nicole Briese
Nicole is the weekend editor for Brit + Co who loves bringing you all the latest buzz. When she's not busy typing away into the wee hours, you can usually find her canoodling with her fur babies, rooting around in a bookstore, or rocking out at a concert of some sort (Guns N' Roses forever!). Check out all her latest musings and past work at nicolebjean.com.
Celebrities
Celebrity News
Celebrities Celebrity Couples Dating