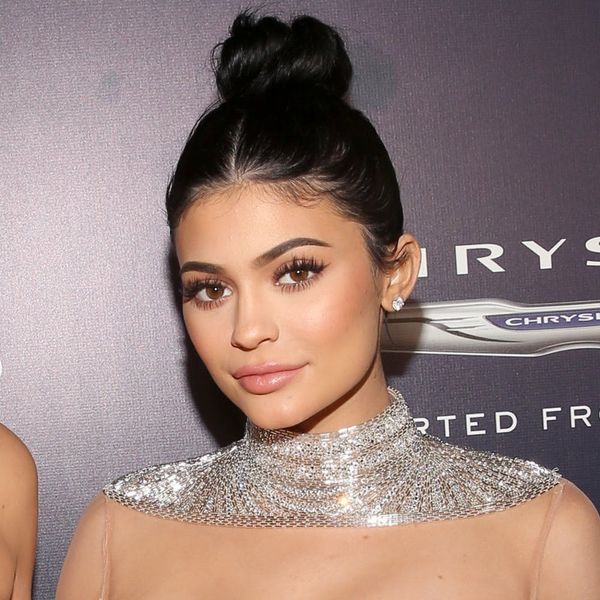 We saw a slew of celebs flocking to Coachella yesterday as the music festival kicked off its first big day, and already, they were bringing their style A-game (as were the rest of fest-goers — see the top trending looks here).

One star in particular shone just a littttle brighter than the rest, however, no doubt thanks to the fact that her hair was an eye-popping shade of highlighter yellow.

Yep, that’s Kylie Jenner, rocking what appears to be a reverse ombre wig (considering her hair was much shorter yesterday) that transitions from her natural dark black to the vivid yellow shade.

“Highlighter hair,” the reality starlet captioned the shot, instantly sparking what’s sure to be the next trending look.

Though her usual fest partner-in-crime, big sis Kendall, was absent from her side, the trendsetting 19-year-old had her fashionable BFF Jordyn Woods to hang with — and help her make the right food choices. The makeup maven also posted a hilarious vid of herself noshing on a burger at a PrettyLittleThing x Paper magazine party with her bestie looking skeptical, captioned, “Jordyn’s like…don’t do it, b*tch!”

With her own reality show in the works (yes, really!) and these newly hued tresses, we’d say things are looking pretty bright for Miss Kylie.

What do you think of Kylie’s bright look? Tell us over @BritandCo.

Nicole Briese
Nicole is the weekend editor for Brit + Co who loves bringing you all the latest buzz. When she's not busy typing away into the wee hours, you can usually find her canoodling with her fur babies, rooting around in a bookstore, or rocking out at a concert of some sort (Guns N' Roses forever!). Check out all her latest musings and past work at nicolebjean.com.
Celebrity Hair
Hair
Celebrity Hair Hair Color hair dye Kardashians