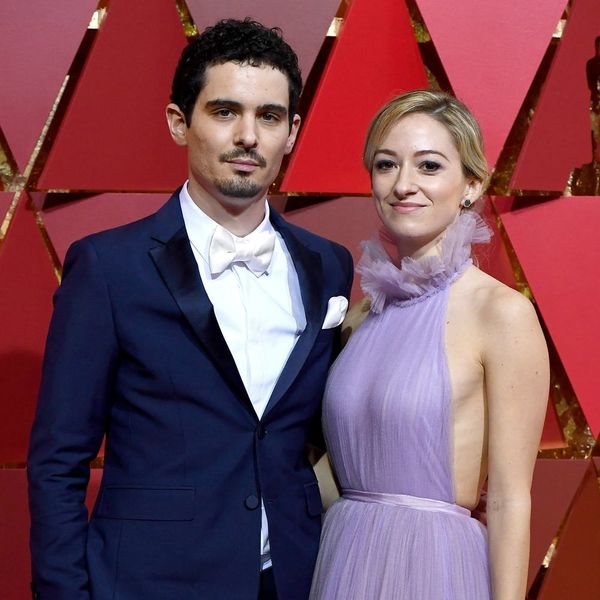 It’s an exciting time for La La Land director Damien Chazelle. Not only is he creating a new musical for Netflix, but he also just got engaged to actress Olivia Hamilton.

Hamilton — who played Bree (AKA Gluten-Free Girl), an annoyed customer in the cafe where Emma Stone’s character worked in the beginning of the award-winning film — took to Instagram today to share the happy news with her fans and followers, posting a photo of herself showing off her engagement ring while getting a kiss on the cheek from her new fiancé. She left the pic without a caption but tagged jewelry designer Monique Pean near the ring.

The actress, whose other credits include Facetiming With Mommy and Surrogate, has been dating the 32-year-old director since 2015, following his divorce from his first wife, Jasmine McGlade, to whom he was married from 2010 until 2014.

Fans may remember that Chazelle mentioned Hamilton during his Critics Choice Awards acceptance speech for best director in December 2016. “[La La Land] is a film about love, I think, more than anything,” he said at the time. “So I have to thank the love of my life, Olivia Hamilton.”

In return, the actress shared her thoughts on the project and her love via an Instagram post, saying, “Congratulations to @lalaland on the critics choice wins. Incredible. So so so unbelievably proud of the film and this man.”

Best wishes to the happy couple!