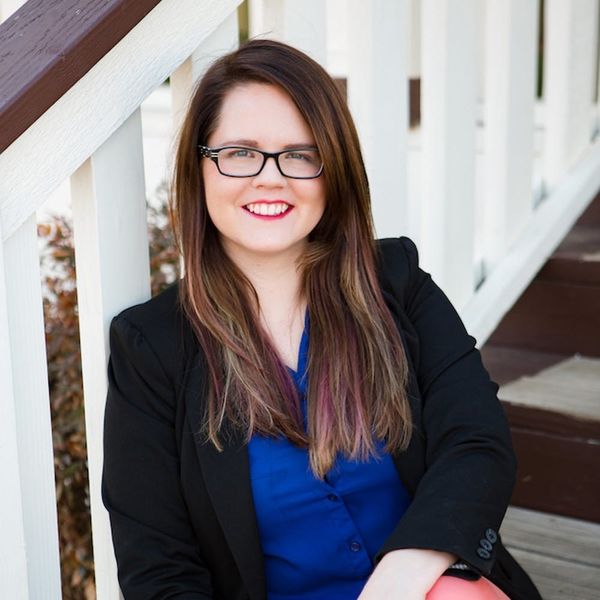 After President Trump’s election and inauguration, people everywhere felt driven to meaningful action in the face of his many controversial moves that followed. Since then, with the non-stop coverage of political tumult, it’s all too easy to feel deflated about the state of the world. But in Oklahoma, one young woman is bringing an infectious enthusiasm and purpose to the game as the youngest person ever elected to be the Oklahoma State Democratic Chair.

Anna Langthorn is only 24 years old, and first got involved in politics not too long ago, when she was 17 and still in high school. She started in the debate club, and from there joined the Young Democrats and started volunteering on local campaigns. Now, as the State Democratic Chair, she’s responsible for leading and maintaining the operations of the Oklahoma Democratic Party, which, according to Langthorn, is going to undergo a major overhaul.

“My focus will be moving our party into the 21st century and rebuilding our party from the ground up,” she tells Brit + Co in an email. And if anyone is up for the job, it just might be her.

Langthorn’s on-the-ground political experience in Oklahoma so far will be crucial to rebuilding the state’s Democratic Party into one more reflective of 2017 and beyond. But, as she says, the party stands for fairness and equality — not just for some, but for all — and her progressive and inclusive outlook will be a huge guiding force going forward too.

“I believe that representation is hugely important. Without diversity of people, you will inevitably lack diversity of ideas, skills, and experiences,” she says. Langthorn spent her earlier time with the party volunteering for a diverse group of candidates, including Native, Latina, Asian-American, black, transgender, and gay candidates, according to her website, and plans to guide the party to be leaders on issues facing these communities. “I don’t know what it is like to live in Oklahoma as an African American person. Just like my male colleagues don’t know my experience as a woman in Oklahoma. [The party has] a duty to advocate for every person from every walk of life. To ignore that duty is to ignore our purpose.”

And what about the hopelessness that feels inescapable at the moment? Langthorn definitely sympathizes. “It is super easy to get disillusioned because we live in a very fractured society,” she admits. “A lot of our systems are broken and failing us.” But, as Langthorn also reminds us, we have the ability to vote, and the ability to act — and the importance of those shouldn’t be overlooked. “You have so much power,” she stresses. “It’s a cliché, but one or two or five people really can make a difference.”

“I would encourage every young person to critically examine our society and recognize their role in contributing to the status quo or change,” Langthorn says, urging to instead explore what their own personal capacity to get involved is — and to act on it.

“You can not expect to see change if you do not engage in some capacity.” And, she assures us, she means that as much for herself as she does for anyone else.

Are you inspired to see more young women like Anna Langthorn in politics? Let us know @BritandCo!