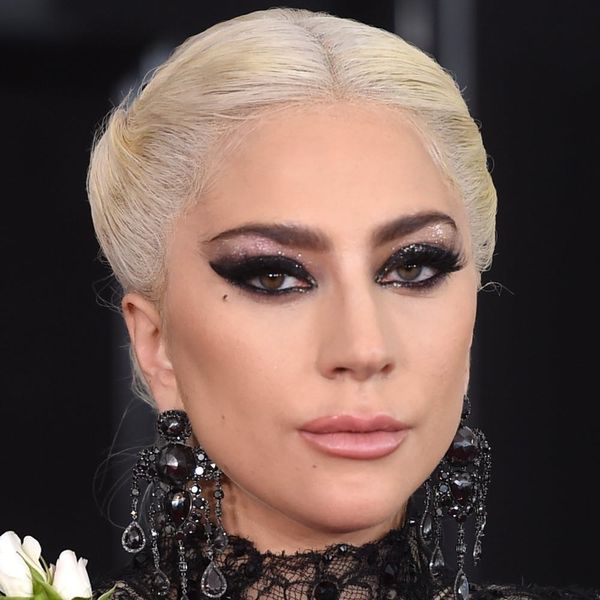 Lady Gaga ALWAYS knows how to make an entrance, and the 31-year-old did not disappoint at tonight’s Grammys, arriving at the 60th annual award show in a fashionable blaze of glory. The Million Reasons songstress was one of the first artists to arrive on the red carpet, and she was definitely a tough act to follow in a dramatic black gown from Armani Privé, which featured a head-to-toe lace black bodysuit with a nude underlay, severe shoulder pads, a *massive* bustle and an incredibly long train at the back. It was the star’s *hairstyle* that made us do a major double-take.

From the front, the A Star is Born actresses’ platinum locks appeared to be swept back into a classic updo, but from the back, it was another story entirely. Rather than a predictable chignon or bun, she sported a tapered waist-length braid, courtesy of stylist Fredercia Aspiras, which stemmed from two separate fishtail-style French braids on either side of her head that even Khaleesi herself would surely approve of.

As if that weren’t impressive enough, “The Cure” singer’s plaits were literally *strung together* with a black string which criss-crossed from side to side until they converged into one, giving off the appearance of a loosely-laced corset.

Leave it to Gaga to stun from the front AND the back!

What did you think of Lady Gaga’s hair look? Let us know @BritandCo!