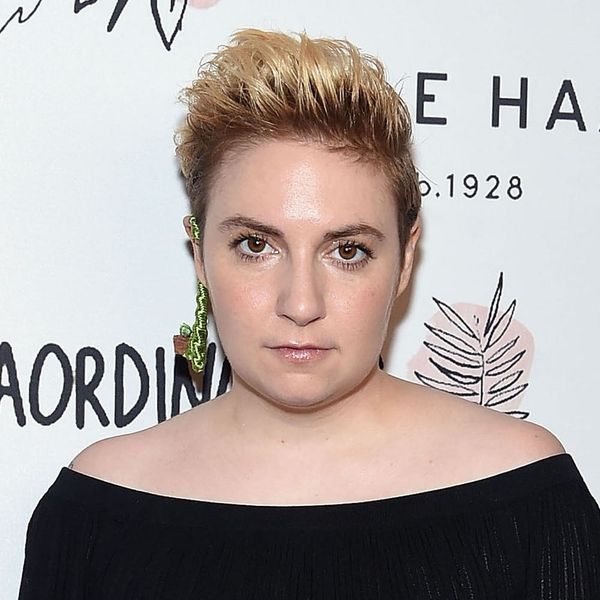 The sexual assault and misconduct allegations in recent weeks have been fast and furious, affecting everyone from Hollywood producers and personalities to those in the world of professional sports and politics. Now, Lena Dunham is facing major criticisms for her decision to stand behind Girls writer Murray Miller, who stands accused of raping actress Aurora Perrineau when she was just 17 years old.

The Passengers star told The Wrap that she had filed a police report with a West Hollywood police department against Miller on Thursday, and that she could not speak about the current investigation. The outlet detailed the incident alleged through her report, however, which reportedly states that Miller received a ride home from Perrineau’s friends six years ago, and that the group was invited into his home. The report alleges that the actress later awoke to Miller, then 35, assaulting her.

Dunham and her Girls co-creator, Jenni Konner, have since spoken out on the matter to show their support of Miller with a joint statement, saying that while they are thrilled to see “so many women’s voices being heard and dark experiences in the industry justified… there are also incidences of culture, in its enthusiasm and zeal, taking down the wrong targets.” “We believe, having worked closely with him for more than half a decade, that this is the case with Murray Miller,” they said. “While our first instinct is to listen to every woman’s story, our insider knowledge of Murray’s situation makes us confident that sadly this accusation is one of the three percent of assault cases that are misreported every year. It is a true shame to add to that number, as outside of Hollywood women still struggle to be believed. We stand by Murray and this is all we’ll be saying about this issue.”

I believe in a lot of things but the first tenet of my politics is to hold up the people who have held me up, who have filled my world with love.

Dunham has also since released her own statement via Twitter, saying, “I believe in a lot of things, but the first tenet of my politics is to hold up the people who have held me up, who have filled my world with love.”

The response didn’t sit well with many, who noted that the show’s former lead had sung a very different tune back in April, when she tweeted that rape was not something women lie about.

Taking to social media in droves, followers quickly called the 31-year-old to task.

I avoid talking about Lena Dunham because life is too short. However, to deny an alleged sexual assault PUBLICLY, regardless of what “insider info” you have, is careless & selfish. If your friend is innocent, that will be proven. Your public statement hurts survivors.

Apparently Lena Dunham is a huge supporter of women coming forward with sexual assault unless it’s someone she knows personally and has held her up and filled her world with love.

Lena Dunham in Aug 2017: women don’t lie about rape.
Lena Dunham in Nov 2017: …unless they’re accusing a friend of mine. pic.twitter.com/GxLHrHUBFr

I wanna tell Lena Dunham the same thing I told my son when a friend of his was accused of rape:
"You don't have to automatically believe her & abandon your friend, but u will NEVER assume that his accuser must be lying because no matter how much u love your friend, U DON'T KNOW..

can we please, please, PLEASE be done with lena dunham now

"I believe in women unless the predator is my friend."

What do you think of Lena’s statement? Share with us @BritandCo.