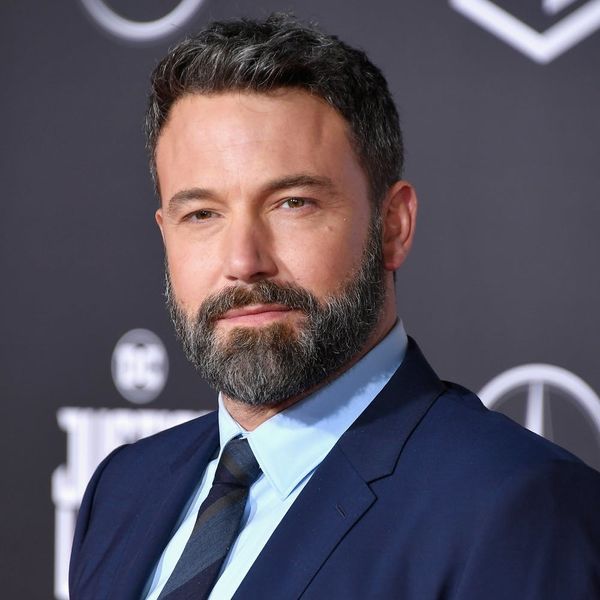 As more stories of sexual misconduct emerge in (and out) of Hollywood, both the alleged perpetrators and bystanders are speaking out about their roles in a world where, for many years, women were silenced. Ben Affleck, who has been accused of groping actress Hilarie Burton on camera earlier in his career, found himself in the hot seat on last night’s The Late Show With Stephen Colbert, where he spoke about the groping allegation as well as the overall state of the industry.

After facing criticism for “going easy” on Louis C.K. when stories emerged about the comedian, Colbert decided to take a different approach with Affleck. After asking the Justice League star about his feelings on 2017 being the 20th anniversary of his breakthrough movie Good Will Hunting, Colbert segued into the allegations against the film’s executive producer, Harvey Weinstein, and the conversation turned serious.

“This is a comedy show, correct?” Affleck said, before addressing the subject at hand. “For me, it was awful to see the extent of these terrible crimes, and it was hideous. I haven’t worked for Harvey for more than 15 years, but nonetheless I felt this attachment. I did movies like Good Will Hunting and Shakespeare in Love and Chasing Amy and some of the early movies that I really loved doing when I still was totally brand new. It sort of tainted that a little bit to realize that while we were having these experiences and making those movies, there were people who were suffering and dealing with awful experiences.”

The Oscar winner said that he’s donating every residual check (the money actors make years later on movies that play in rerun) to the sexual assault support organization RAINN and the charity Film Independent, which supports independent filmmakers. “I didn’t want to cash a check from the guy, and I thought, well, maybe I can still feel okay about it if it’s going to a good cause.”

When Colbert brought up the accusations against his guest, Affleck took the opportunity to apologize, reflect, and speak in support of victims of assault.

“What I was accused of by a woman was of touching her breasts while I gave her a hug,” Affleck explained. “I don’t remember it, but I absolutely apologize for it. I certainly don’t think she’s lying or making it up.” The 45-year old father of three went on to say that all men need to be aware of what they are putting out there and of how they behave toward women, saying, “If I was ever part of the problem, I want to change, I want to be part of the solution.”

He continued: “I think the most important thing to do is support the voices coming forward, believe them, and create a business where more women are empowered and in a place so less of this happens and so there’s a way of reporting this stuff so people can feel safe doing.”

As for the claims that Affleck knew what had happened between his costar Rose McGowan and Weinstein, the actor told the Today show on Friday morning that he supports her. “I don’t really want to get into other people’s individual stories because I feel like those are their stories and they are entitled to tell as much or as little of those as they want,” he said. “I believe Rose, I support her, I really like and admire her tenacity and wish her the best.”

What do you think about Ben Affleck’s public apology? Tell us @BritandCo.