Lessons Learned: What Our Favorite Celebs Were Up to This Week 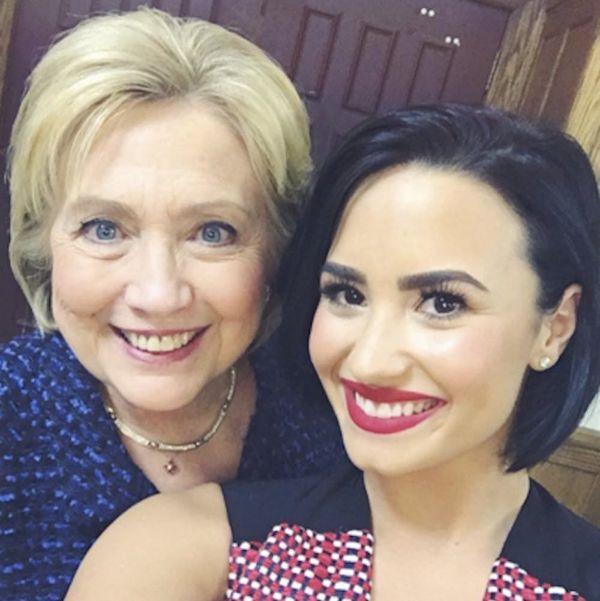 Some of our favorite gals let us in on some pretty interesting insights when it comes to their #girlboss lives — whether Demi Lovato or Reese Witherspoon, we’ve got the feel-good news of the week right here.

1. Kendall Jenner Wears a Mango Dress You Can Buy Now in Spain. Kendall Jenner rocked a $70 Mango dress for her tour of Spain and she looks FIERCE. She’s been out doing press as the new face of Spanish brand Mango and it looks like she’s been having a great time! This dress will likely sell out not only due to the fact that Kendall is rocking it, but also because it’s in one of the hottest colors of the season (marigold) and can be worn in both summer and fall (try it over pants with a belt!). Kudos to her for rocking those killer heels while walking on cobblestones. (Photo via @kendalljenner)

2. Reese Drops Her Draper James Spring Collection. Designer of our hearts, Reese Witherspoon, gives a sneak peek of what’s to come with her unapologetically Southern line, Draper James. Look for the usual Southern staples such as seersucker, stripes and florals when shopping online and if you find yourself in her new Nashville store, jump two feet to the left to grab a Sprinkles cupcake from their ATM next door. (All. The. Cupcakes.) (Photo via @reesewitherspoon)

3. Jenna Dewan Tatum Is a Total Grease: Live! Fangirl. If you missed watching Grease: Live! well, live, here’s to hoping you have it recorded: It was an excellent display of what live TV musical broadcasts can do when given the chance. Julianne Hough and Vanessa Hudgens were great, as was Carly Rae Jepsen as Frenchy. Jenna Dewan Tatum linked up on set with the original Frenchy (Didi Conn) and showed off her Pink Ladies pride with a custom-made jacket. Jenna, we know your husband can tap like a pro (Hail, Caesar! is out this Friday) — can you sing? There might be a live stage in your future! (Photo via @jennaldewan)

4. Jaime King Loves Simone LeBlanc. We first told you about Simone LeBlanc as an alternative to giving traditional gifts, and it looks like Jaime King is also a huge fan of the elegant, understated gift boxes. She was so touched by the gesture that she reached out to her followers asking what defines friendship and how we can make female bonds stronger — get your answer in her comments! She’s listening. (Photo via @jaime_king)

5. Demi Lovato Wants You to Vote. #ImwithHer takes on a whole new meaning when paired up with this picture of Demi Lovato and Hillary Clinton. Regardless of which side you support (although Demi does proudly support Hillz), Demi encourages you to get out and VOTE — it’s the only way to see change! Don’t you also just love her patriotic outfit?