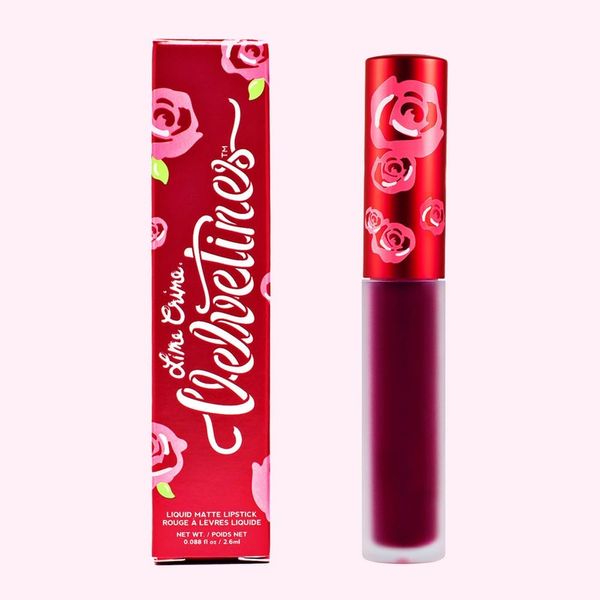 Less than a week after making landfall, the impact of Hurricane Harvey is still being felt, and countless charities, as well as people and companies, are banding together to help those affected. Cult fave beauty brand Lime Crime is doing their part by donating all proceeds from a special lip color to victims in Houston.

Beet It, Hurricane Harvey! 100% of sales from BEET IT Velvetine will go to Red Cross to benefit the victims of #HurricaneHarvey. We are also offering Free Worldwide Shipping on orders $20+ right now. Beet It campaign will run through 9/12. #staystronghouston

From now until September 12, 100 percent of proceeds from Lime Crime’s Matte Velvetine Lipstick ($20) in the Beet It shade will go to the Red Cross to benefit victims of Hurricane Harvey. The indie brand posted a pic on their Instagram sharing the news and also announced that they’ll be offering free worldwide shipping on orders $20 or more. They finished their caption with the hashtag, “#staystronghouston.”

Beet It is a deep berry-pink shade inspired by Doe Deere’s favorite flower, the rose. As for the fan-favorite formula, the Velvetine collection is a deeply pigmented blend that goes on like a liquid and “dries down to a luxurious, velvety matte finish that lasts for hours and hours,” according to the site. Plus, it’s infused with French vanilla, so it smells sweet too.

Harvey has dumped a staggering 20 trillion gallons of rain on Houston and has destroyed 30,000 to 40,000 homes. With an estimated 13 million affected, this “500 year storm” is one of the greatest natural disaster tragedies out country has experienced.

What do you think of Lime Crime’s initiative? Tell us @BritandCo!

Shea Lignitz
Shea can be found in the nearest bookstore or brewery, exploring the great outdoors, or blasting Led Zeppelin. She grew up in the cold and rain of Northern California's redwoods but is currently wandering around Texas.
Charity
Beauty News
Charity Lipstick
More From Beauty News