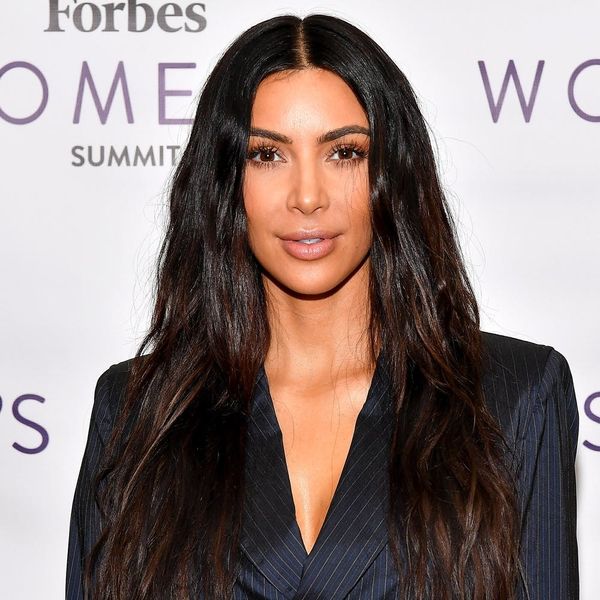 Our hearts continue to break amid ongoing flooding and loss following Hurricane Harvey’s destructive weekend touchdown in Texas. But now isn’t a time to dwell in our sorrow — it’s a time to help. Not only can YOU and those around you give your money to noble organizations who are tackling the disaster and relief efforts head-on, but some of your fave celebrities and companies are stepping up in BIG ways to help those affected by the devastating event.

Apple definitely wanted to show their support through this difficult time, donating a whopping $2 million to the American Red Cross while also allowing people to make donations through iTunes.

"The rains keep falling, but help is here - and more is on the way." Catch our latest update on #HurricaneHarvey from the George R. Brown Convention Center in #Houston. #RedCross

Wal-Mart, Home Depot, Cheniere Energy, JPMorgan Chase, The UPS Foundation, and PepsiCo are all providing at least $1,000,000 each in cash and products to organizations including the Red Cross, the Salvation Army, Operation Blessing, and Team Rubicon, with Amazon and Whole Foods Market offering to match up to $1 million in donations made to the American Red Cross via Amazon. Home Depot will also send its Team Depot volunteers to help the cleanup effort and deliver supplies to the affected areas.

Finally, as far as companies go, ABInBev’s emergency water program has sent more than 155,000 cans of drinking water to Baton Rouge, Louisiana, and Arlington, Texas, to help the relief efforts.

Houston we are praying for you! My mom, sisters & I will be donating $500,000 to @redcross and @salvationarmyus today #HoustonStrong

Celebs are putting their money where their mouths — or rather, hearts — are too. Kim Kardashian West just announced via Twitter, “My mom, sisters & I will be donating $500,000 to @redcross and @salvationarmyus today.”

She continued, “#HurricaneHarvey has left catastrophic effects. Join me in donating to @salvationarmyUS at http://HELPSALVATIONARMY.org or text STORM to 51555,” and ended, “It’s heartbreaking to see the devastation in Texas. Text the word HARVEY to 90999 or donate to @RedCross: http://www.redcross.org”

And she certainly wasn’t alone when it comes to famous folks who were willing to step up.

“My heart goes out to my hometown, Houston, and I remain in constant prayer for those affected and for the rescuers who have been so brave and determined to do so much to help,” Beyoncé said in a statement to the Houston Chronicle according to Entertainment Tonight. She added, “I am working closely with my team at BeyGOOD as well as my pastor to implement a plan to help as many as we can.”

We are currently overseas in London and all I can think about is how devastated I am as I look at images of the damage Hurricane Harvey has caused. I am praying for the safety of all those affected. Houston has truly been a home to me over the last 8 years. Myself and @futuretheprince are working with local relief groups to aid and assist the people of Texas in anyway we can and in the most immediate way possible. I also want to thank all the men and women of service and volunteers for their courageous efforts to help people in need. I encourage everyone to do what they can to assist the people of Texas knowing whatever effort you can make to help will go a long way.

Drake was also sharing his plans to help his adopted hometown, saying in an instagram post: “We are currently overseas in London and all I can think about is how devastated I am as I look at images of the damage Hurricane Harvey has caused… Houston has truly been a home to me over the last 8 years. Myself and @futuretheprince are working with local relief groups to aid and assist the people of Texas in anyway we can and in the most immediate way possible. I also want to thank all the men and women of service and volunteers for their courageous efforts to help people in need.”

He added, “I encourage everyone to do what they can to assist the people of Texas knowing whatever effort you can make to help will go a long way.”

Comedian Kevin Hart even launched a Crowdrise fundraising campaign and is encouraging other stars to match his $25,000 donation. He started by calling out celebs like Dwayne “The Rock” Johnson, Chris Rock, Dave Chappelle, Jerry Seinfeld, Justin Timberlake, and more.

Stay strong Houston and hold onto faith. Me and my family know what you're going thru. We survived the eye of Andrew and became stronger - so will you. All my love and strength. * Link in my bio in you can donate a buck or two to our Houston families in need.

Johnson, for one, heard the call and also donated $25,000 to the cause while asking others to give “a buck or two.” Popping up a video on Instagram, the actor sent a message to fans, saying, “Stay strong Houston and hold onto faith. Me and my family know what you’re going thru. We survived the eye of Andrew and became stronger – so will you. All my love and strength.“

HOUSTON TEXAS my prayers are wit you! I just sent 25k your way to help all the families in need 🙏🏽 @kevinhart4real I accepted your challenge pic.twitter.com/EgCjyT8IKV

DJ Khaled is also putting his fortune to good use, matching Kevin Hart’s $25,000 and continuing the call with the following tweet: “All my celebrity friends, let’s go. Everybody out there, whether you send a dollar, $10 dollars, $20 dollars, it don’t matter.” And he’s certainly right, every little bit helps.

But the stars are certainly stepping up with big numbers. Nicki Minaj shared Kevin Hart’s video saying that she was donating $25,000 herself, while country star Chris Young has pledged $100,000, and Houston Texans’ J.J. Watt has helped to raise more than $1 million.

While plenty of support is still needed, it’s heart-warming to see so many people coming together to help out when such an unimaginable tragedy strikes.

Do you expect celebs and companies to step up in times like this? Let us know @BritandCo!

Desiree O
Desirée O is a ‘Professional Bohemian’ who loves anything and everything related to the arts, entertainment, and pop culture. She ADORES being a ‘Newsy’ for Brit + Co, covering all of the latest tidbits of awesomeness that you want to read about. When she’s not writing, she’s either making messy art, going on long adventurous walks with her camera, or poking around over at bohemianizm (http://www.bohemianizm.com/). You can find out about Desirée O and her work at http://DesireeO.com/ or follow her on Twitter @DesireeO.
Celebrities
Current Events
Celebrities Kardashians
More From Current Events