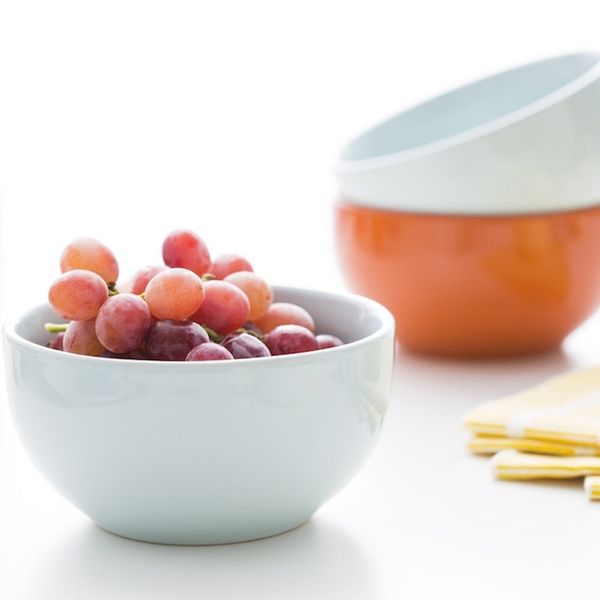 Wouldn’t it be heavenly to have fresh fruits and vegetables delivered right to your door each week? As the practice gains momentum in larger cities across the US thanks to community-supported agriculture groups (CSAs) and health-minded startups, those of us without a ton of time or cash to spare might feel a bit left out. But now, a California-based brand called Imperfect Produce is offering farm-to-front-door produce delivery at a HUGE discount.

How? Well, the produce in question might be a little idiosyncratic, or possibly a tad bit ugly. But, as Imperfect Produce says, “We believe every fruit and vegetable deserves to be loved.” We do as well, and for good reason: Not only is it every bit as healthy and delicious as its symmetrical, unblemished counterparts, but it also cuts down considerably on food waste when we divert perfectly good food from the trash bin. Grocery stores typically won’t purchase produce that’s cosmetically flawed, which is why Imperfect Produce can buy and deliver everything directly from local farms at a much cheaper price, often saving customers 30 percent when compared to a trip down the produce aisle.

Currently available in Oakland, Berkeley and Emeryville, the service plans to include organic produce in the near future, as well as expand to a broader delivery area. Right now, it offers fruit boxes for $12 (weighing 10-15 pounds apiece), plus regular and large mixed produce boxes full of fruits and vegetables for $12 or $18.

What would you do with 15 pounds of imperfect produce a week? Juice it? Snack on it? Make a constant array of epic salads? Share in the comments section below!

Amy Lynch
Amy is a freelance writer and editor, telling the stories of progressive people and projects that move the world forward. Her work has appeared on The Hairpin, Refinery29, Citygram and more, and she's developed content for the likes of Alternative Apparel, Milkshake and Silvercar. She lives, works and plays with her fiancé and their dog, Bogey, in the weird, wild heart of Austin, Texas.
Healthy Living
Healthy Eating
Healthy Living Paleo produce Salad Snacks
The Conversation
Reviews:
More From Healthy Eating