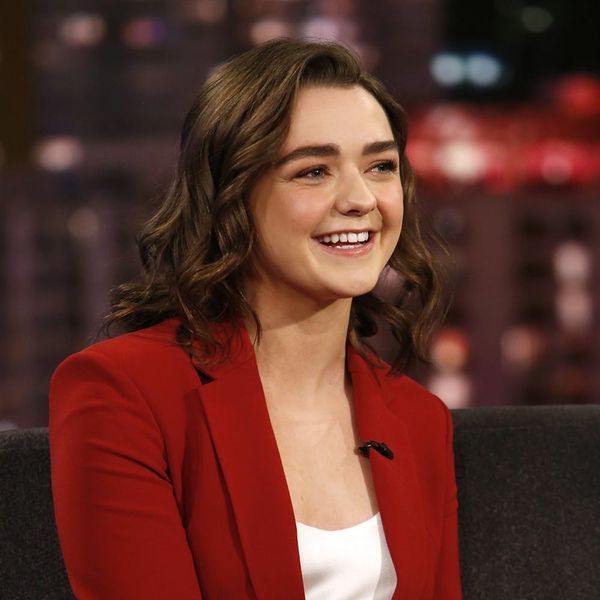 Game of Thrones fans are coping with the upcoming end of the series in various ways, including sharing GoT-themed gifts and ticking off spots on our GoT travel guide. They’re also busy coming up with theories about what will happen in the final season of the HBO show, which is set to debut sometime next year. Cast member Maisie Williams knows, but she’s not telling.

Appearing on Jimmy Kimmel Live on Tuesday, the actress revealed that she’s read all of the scripts for the upcoming season, including the one for the highly anticipated finale. “It’s just surreal, to be honest. … Everyone’s waiting for this moment, and then you read it and it’s just like, it’s incredible,” she teased.

Kimmel asked about the rumors that the cast and crew might shoot more than one story-line to wrap up the epic show in order to keep the true ending a surprise from (nearly) everyone, but Williams (who plays Arya Stark) seemed skeptical that it would actually happen. “Well, I heard this and I immediately thought, ‘I don’t think we’ve got the budget to shoot lots of different endings,'” she replied.

Despite her denial, Kimmel wasn’t willing to give up so easily, and he reminded his guest that it was the president of HBO who initially sparked the rumors. Williams responded by saying, “As we know, sometimes presidents don’t always tell the truth.”

The host also tried to get the 20-year-old to spill some details about the final season, but her reaction forced him to jokingly (though kind of honestly) point out, “You live your life in fear of revealing something.”

Indeed, she’s determined not to slip up. She did confess, though, that she sent the highly secretive scripts to one person, despite that being against the rules. “I sent my mom the scripts,” she admitted.

Do you have a theory about how Game of Thrones will end? Share it with us @BritandCo!