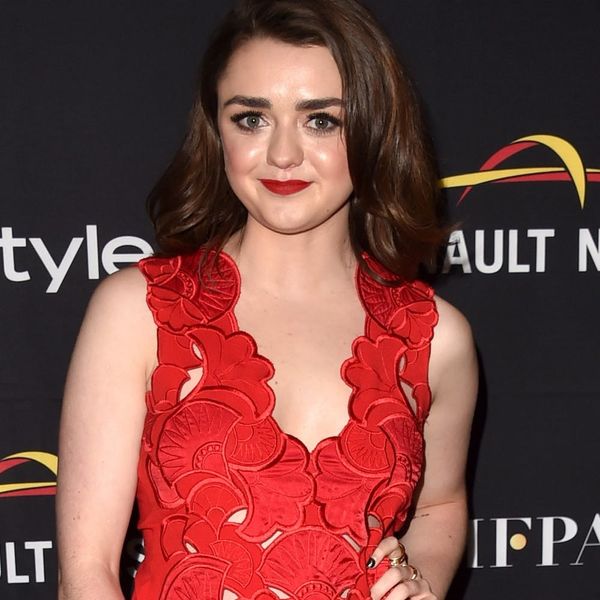 If Maisie Williams scares you as Arya Stark in Game of Thrones, prepare to be absolutely terrified. The actress’s next role will see her headed to the big screen as a werewoman named Rahne Sinclair in director Josh Boone’s X-Men superhero spinoff, The New Mutants. The spooky trailer was released today (just in time for Friday the 13th — nice!) and from the look of things, it’s gonna be good.

Opening with a young woman answering questions about her unusual experiences on a lie detector test as Pink Floyd’s “Another Brick in the Wall (Part 2)” plays softly in the background, the clip quickly takes a turn for the seriously creepy with hands popping up from closed washers and faces emerging out of walls.

Boone previously spoke to Entertainment Weekly about the spinoff, revealing that it will definitely be a change from the X-Men series fans already love. “We are making a full-fledged horror movie set within the X-Men universe. There are no costumes. There are no supervillains. We’re trying something very, very different.”

The film will be based off the ‘80s comic book series of the same name which sees teenage mutants (albeit not of the turtle variety) attempting to learn to control their superpowers and will star Henry Zaga (13 Reasons Why), Charlie Heaton (Stranger Things), Anna Taylor-Joy (The Witch), and Blu Hunt (The Originals), in addition to our GoT gal.

According to the Los Angeles Times, Williams’ character will struggle with her religious upbringing in addition to the discovery of her newfound powers.

Watch the trailer in its entirety below, and catch it in theaters on April 13, 2018!

Will you see The New Mutants? Vote yay or nay over @BritandCo.

Nicole Briese
Nicole is the weekend editor for Brit + Co who loves bringing you all the latest buzz. When she's not busy typing away into the wee hours, you can usually find her canoodling with her fur babies, rooting around in a bookstore, or rocking out at a concert of some sort (Guns N' Roses forever!). Check out all her latest musings and past work at nicolebjean.com.
Game of Thrones
Movies
Game of Thrones Movies