Mandy Moore Ditches Her Long Hair for a Chin-Grazing Bob 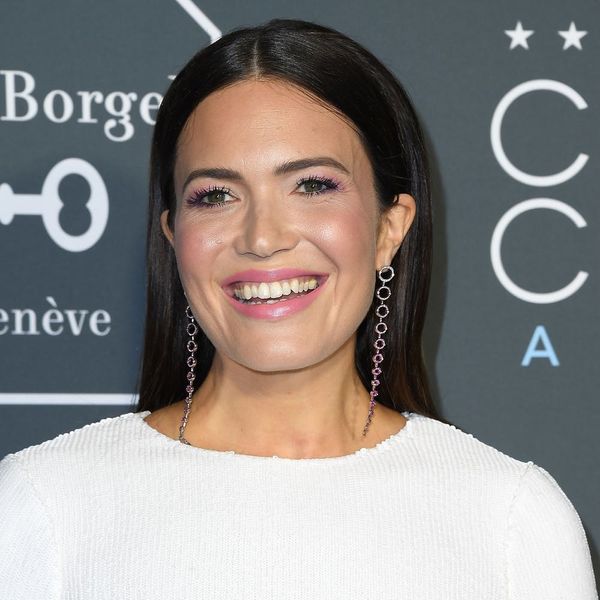 If there’s one thing that’s a true staple to Mandy Moore‘s sweetheart aesthetic, it’s her chocolate brown hair. While we all dig a signature style, sometimes it’s fun to shake things up. And that’s exactly what the This Is Us actress did with the help of celebrity hairstylist Ashley Streicher. (Photo via Steve Granitz/ Getty)

It wasn’t until Wednesday, March 6, however, that Moore took to her own Instagram Story to debut the makeover. While the video didn’t focus on her hair transformation (she shared a heartwarming shoutout to her younger co-stars on the latest episode of This Is Us), it was hard not to notice the trendy new ‘do. A few inches shorter than what’s she’s been rocking in the past year, the chin-grazing length fits perfectly with the bob trend that’s been going strong since 2018.

Streicher gave us our best look yet on Thursday, March 7, via Instagram. She revealed she not only shortened Moore’s locks but celebrity colorist Nancy Braun gave her a color change too with the caption, “MANDY 🖤 #STRIIIKEhair#newhair#mandymoore@mandymooremm#GarnierGirl@garnierusa.” Moore, a brand ambassador for Garnier, used the Garnier Shade Selector Tool to find the just-right hue. Then Braun, a consulting colorist for the brand, dyed her hair accordingly with Garnier Nutrisse Shade 53.

Moore isn’t the only one opting for a shorter hairstyle: Anne Hathaway also shared her lob in a rare selfie via Instagram on Wednesday, March 6. In the caption, she writes, “#TFW you’re at the photo shoot and @hairbyadir freshed up your ends and @beau_nelson made your brows do something cool and Malibu is just being Malibu so you take selfie and what was I talking about doesn’t matter byeeeeeee.” While her ends aren’t much shorter than the original length, this time they’ve been paired with a slightly razored look. (Photo via Theo Wargo/ Getty)

Jen Hussein
Jen is the poster child of a style & beauty junkie — from the latest eyeshadow palette launch to the wildest moments from NYFW, she's one of the first to know about it. As a proud public school graduate from SUNY New Paltz, her work has been featured in top publications such as PAPER Magazine, INSIDER, and COOLS. When she's not swatching the latest highlighters and lipsticks, she's busy being a cat mom, sipping on rosé, and binge-watching Netflix cooking shows.
Celebrity Beauty
Beauty News
Celebrity Beauty Celebrity Hair Haircuts
More From Beauty News