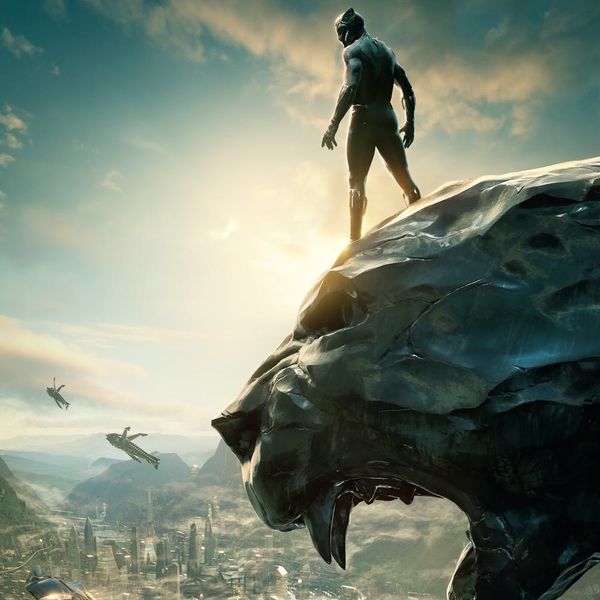 From The New Mutants to The Runaways to (FINALLY!) new Jessica Jones episodes, Marvel has a lot of exciting stuff in the works at the moment. Another one of the studio’s most anticipated feature is the upcoming Black Panther movie, and if the first full trailer is any indication, it’s set to be one of 2018’s best super hero flicks.

The initial short teaser gave us just a glimpse of the conflict between T’Challa/Black Panther (Chadwick Boseman) and Erik Killmonger (Michael B. Jordan). In the official trailer, though, we get a more in-depth look at their upcoming battle as Killmonger attempts to dethrone T’Challa as king.

“I waited my entire life for this,” Killmonger says chillingly in the clip. “The world is going to start over. I’m gonna burn it all.”

We also get a good look at the world of Wakanda — including T’Challa’s fierce AF allies, played by Angela Bassett (as his mother), Lupita Nyong’o, and Danai Gurira.

The trailer was met with enthusiasm on Twitter, where many pointed out just how visually stunning — and, yeah, okay, totally epic — the movie looks.

All of Twitter right now after seeing the #BlackPanther trailer pic.twitter.com/N432aYhldB

I hope nobody thinks Black people are showing up for work when #BlackPanther comes out. It’s going to be a national day of OH SHIT.

This transformation tho>>>> #BlackPanther pic.twitter.com/4LsETQKdK3

Black Panther was directed and co-written by Ryan Coogler, who previously directed Michael B. Jordan in Creed. The sad news is that it’s not in theaters until February 16, 2018, but there are plenty of rad movies hitting the big screen that you can check out in the meantime.

And make sure to check out Brit + Co‘s pretty sweet Black Panther Halloween costume instructions to get a leg up on one of next year’s most exciting superheroes.

Will you see Black Panther in theatres? Let us know @BritandCo!

Nicole Villeneuve
Nicole is an entertainment and lifestyle writer covering pop culture, news, and cool women doing cool things. She likes yard sales, MTV's Teen Mom, and putting too many memes in the group chat. She lives in Toronto.
Movies
More From Movies