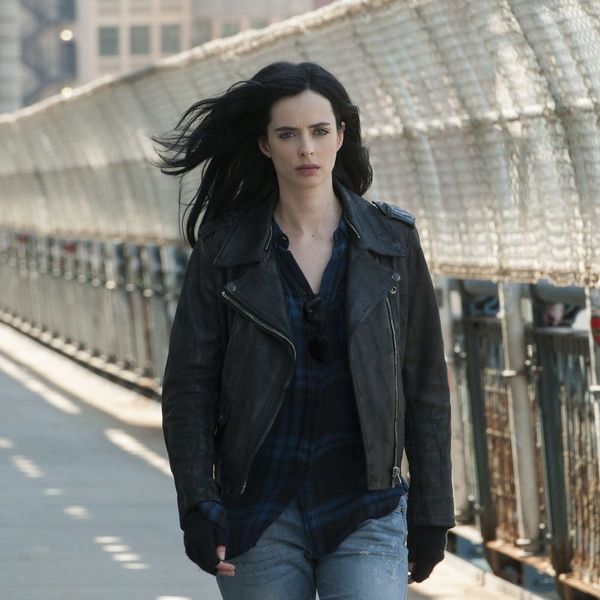 Season one of Jessica Jones was a hit with fans, but nearly two years later, we’re still waiting on season two. We’ve gotten little teases here and there — like when showrunner Melissa Rosenberg revealed that the new batch of episodes would feature only female directors — but we were definitely anxious for something bigger. Today, we got our wish in the form of an intriguing new poster that confirms Jessica Jones will return in 2018.

Jessica Jones, the second show in Netflix’s suite of Marvel series (which also includes Daredevil, Luke Cage, and Iron Fist), first premiered way back in 2015. And while the main character made an epic appearance during the supergroup’s miniseries The Defenders this summer, fans can’t wait to see more of the one and only Jessica Jones (played by the fabulously fierce Krysten Ritter).

Marvel gave IGN a sneak peek at the posters it created for New York Comic Con, which tease the series’ return next year.

Drawn in a comic-book style that stays true to the character’s origins, the stark image suggests that the continuing story will be no less ominous than the first season. And though we can’t see much of her face, Jones’ furrowed brow and determined stare prove that she’s lost none of her badass ways.

Marvel also released posters for three other upcoming series: Marvel’s Agents of S.H.I.E.L.D. (which appears on ABC), as well as the new shows Cloak and Dagger (Freeform) and Runaways (Hulu). All of the posters will be available to fans during ticketed signing events at NYCC.

As for Jessica Jones, while we don’t know when exactly we’ll be able to binge-watch season two, we do know that we can block off some time in 2018. And we can’t wait!

Are you excited for season two of Jessica Jones? Let us know @BritandCo!