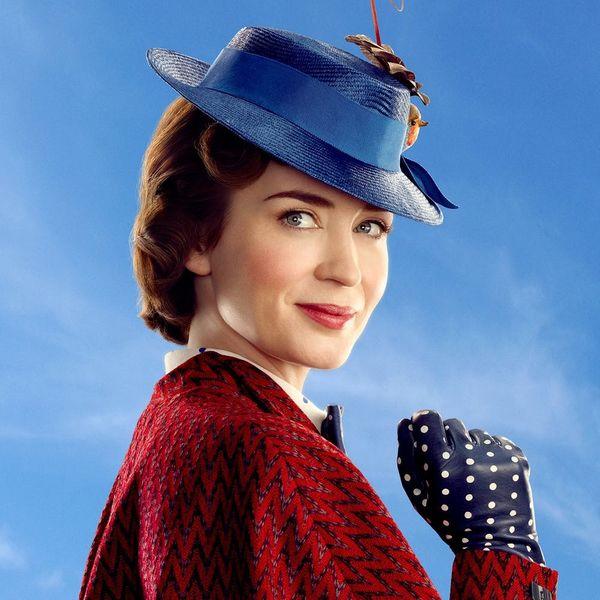 We’ve been eagerly awaiting the return of our favorite fictional nanny ever since Disney announced that Emily Blunt would be stepping into the classic role made famous by Julie Andrews. And on Sunday, we got our first look at Blunt’s Mary Poppins in action when the teaser trailer for Mary Poppins Returns debuted during the 2018 Oscars. The clip is less than two minutes long and we only get a glimpse at a few of the characters, but it’s enough to get us excited about the return of Mary Poppins and her supercalifragilisticexpialidocious ways.

The teaser begins with a shot of row houses much like the ones where the Banks family lived in the 1964 original. We then see a young boy chase a kite into a picturesque park, where Jack (Lin-Manuel Miranda) helps him get it airborne. As the two smile up at the sky, they see a figure descending from between the clouds — with the assistance of an enchanted umbrella, of course.

“In a place we hold dear, where wonder once lived, but soon from above, a new story begins,” the teaser tells us.

The new tale reportedly sees the unusual nanny showing up once again to help the Banks family years after their first encounter. This time, though, she’ll be coming to the aid of Michael, who’s now an adult and a father himself.

Mary Poppins Returns is set to hit theaters this Christmas.

What do you think of the first teaser for Mary Poppins Returns? Let us know @BritandCo!