This All-Female Pop Band Erased Gender Pronouns from Their Lyrics 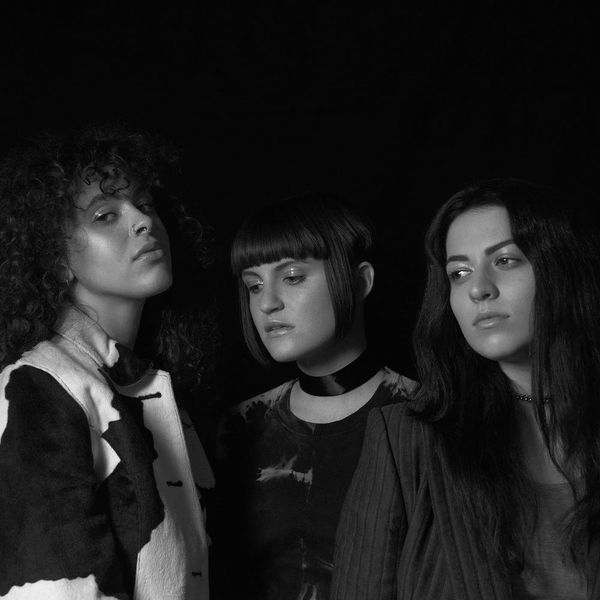 More and more LGBTQ+ folks in the entertainment community are using their platform for advocacy. Just last month LCD Soundsystem’s Gavin Russom came out as transgender, and this past weekend Aaron Carter penned a heartfelt Twitter note about his sexuality. Among these musicians fighting for equality is LA-based dark pop trio MUNA, and trust us when we say that if you haven’t heard of them yet, you’re about to fall in love. Hard.

What started out as a college band formed at the University of Southern California in 2013 has grown into a touring group with an unbreakable message, devoted fan base, and an upcoming gig opening up for One Direction’s Harry Styles this fall.

@whereisMUNA will be joining me on tour this year in North America and Europe. Looking forward to it. H

In addition to continuously advocating for LGBTQ+ rights (from getting rid of gender pronouns in their music to asking concert venues to mark their bathrooms as gender neutral), MUNA has also released an infectious debut album titled About U, and with so much going on, we simply couldn’t pass up the opportunity to chat with singer Katie Gavin, lead guitarist Josette Maskin, and rhythm guitarist Naomi McPherson after their stellar (if rainy) set at Montreal’s Osheaga Music and Arts Festival.

B+C: Congratulations on the release of About U earlier this year! When someone hears the album for the first time, what do you hope sticks with them once the final track is over?

Katie: I hope that whatever they take away is something that changes because I hope [the record] is something they want to revisit. I hope they use the album as a way to take stock of their own personal life. We’ve always said that we called it About U because we want it to be used by people to understand their own stories, so it’s about identification. I want them to be like “Wow, that one song, or this whole thing, that’s my story.”

Josette: Katie is such a brilliant lyricist; it happens with us too. Whenever a song makes the record, it’s always because we feel like she’s getting at something we’ve felt.

B+C: You decided not to use any gender pronouns in your music. What are the origins of that awesome decision?

Katie: I’m the main lyricist and when we started as a band that was the second time in my life that I was having really, really strong feelings for a girl and being in a relationship with a girl. But I’ve also had relationships with guys, and for me, it never really fully told the story to use one pronoun or another.

It was initially just a short-term solution for me [while writing], like, “I don’t really know, so I’m just going to say ‘you’.” Then people started saying, “Oh, it’s interesting that you always use second person” and I realized that it’s become something that I think is helpful for people for our goal of identification.

Naomi: Some older former queer activists say that back in the day it was a copout for closeted artists to continue using “they,” but I think we’ve reached a point in time when there aren’t just two genders and those aren’t the only possibilities for love and finding happiness through relationships.

B+C: You’re extremely outspoken about LGBTQ+ rights, both in your work and on social media. Was this a conscious decision you made when you first started this band or did it manifest itself organically?

Naomi: We were originally a college band; I was an African American Studies major, and we lived within the realm of academia and critical studies, so I think it came really naturally to talk about things that affect us as people. If we weren’t going to talk about them, we’d be deluding ourselves because it affects us as women, as queer people, and myself as a person of color. It feels very natural — we’re just trying to support each other and support other people.

B+C: On the flip side, does it put any pressure on you to ensure that you’re always sharing the right message and doing what your fans have grown to expect from you?

Josette: Any decision we make, we look at everything through the lens of what’s best for MUNA the project and MUNA the universe that we’ve created. We’ve definitely turned things down recently that if you would have asked me about a year ago I would have said, “Why would we turn this down?” Now, because we want to create a world of honesty for us and our fans to live in, that is really, really important.

B+C: What are the realities of being a woman, especially an outspoken one, working in the music industry in 2017?

Katie: I want to answer this, and I don’t feel completely ready to answer it because I’m having thoughts on this that are still in their baby stages, but I think that we are a band that got swept up at a really particular time. In some ways, it’s so easy to be a political band [in 2017] because dissent is completely commodified and we can be on TV and say “F*** Donald Trump” and it actually is not bad for our career. It’s not so radical in terms of economic risk for us as a project, so it’s really interesting because it’s something that we have to continuously uncover.

Josette: But I feel like we’re at a place where we’re trying to look past that sort of sensationalism…

Josette: I think that’s the landscape that we’re hoping to explore with our next album as well: Can you change people’s outlook on the world? Because we can’t live in a world where everything is so extreme and so divided.

B+C: Your upcoming tour with Harry Styles was dubbed “a step in the right direction for inclusivity in live music” by Billboard — what’s your reaction to such a massive statement?

Katie: I hope it is! We’re certainly going to work every day to make sure we’re doing our best, but it’s yet to be written.

What do you think of MUNA’s stance against using gender pronouns in music? Tweet us @BritandCo.