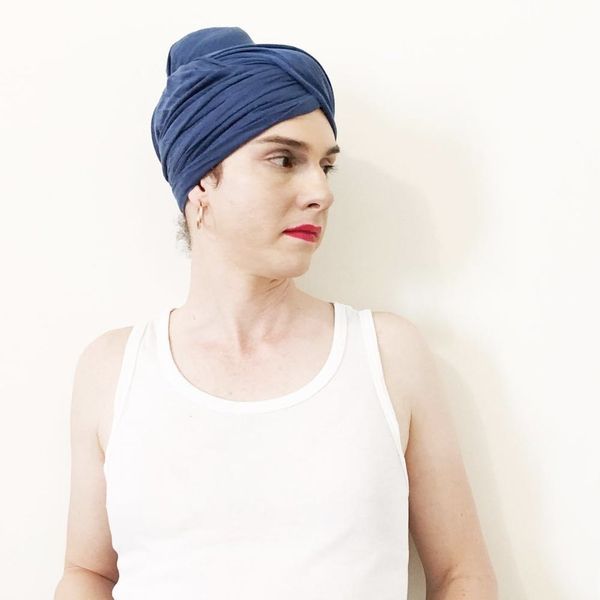 LCD Soundsystem’s Gavin Russom has publicly come out as transgender. Speaking with Grindr’s INTO, Russom opened up about her gender identity and the decision to come out. (For now, she is still going by Gavin.)

“This is my fifth decade being alive,” the synth player began, “and in each of those decades, there’s been a time where I’ve tried to say, ‘Hey, I think I’m transgender!’ This was even before that word existed.”

Music, and particularly the punk scene, offered her the “freedom and liberation” other queer artists had benefited from in the ’80s, and her 2004 move to Berlin allowed her to further understand her identity. Following her move back to New York in 2009, her success with LCD Soundsystem took center stage until the group’s split in 2011.

As the reunited band prepares to promote their upcoming album, American Dream, Russom realized that she “could not imagine” going on tour as anyone other than herself. “My body rejected it in the same way that it now utterly rejects going into a men’s bathroom or when somebody calls me ‘sir,’” she explained to INTO, noting that her bandmates have been supportive.

“I’m the happiest I’ve ever been,” she added, “but I have my good days and my bad days. On my bad days, it really sucks and I wait until I get home to go to the bathroom — which is such a basic thing.”

One of Russom’s worries for the band’s upcoming tour is visiting states whose politics challenge the rights of the transgender community, while internally, she struggles with understanding her own identity. “I am someone who has spoken out on both women’s rights and trans rights for a long time,” she explained, “but when I started to transition myself, that was one of the most shocking things. I’m carrying so many of these things around with me. That’s been challenging to work through — having those preconditioned societal ideas of what transgender women can do.”

Russom hopes her transition will help others to understand themselves in the way that her cultural experiences helped her. “For anybody who is struggling with their gender identity or who wants to come out and is afraid to,” she told INTO, “what would be better than giving someone permission to do that through my performance? That’s the ultimate. It’s what other people gave to me, so I’d love to pass that along to other people too.”

What experiences inspire you to be your true self? Tell us @BritandCo.

(h/t Grindr’s INTO; photo via Gavin Russom/Instagram and courtesy of Gavin Rayna Russom)

Alissa Schulman
Alissa is a Los Angeles-based entertainment journalist who finds no shame in her bad TV tastes. When she's not hiding behind her laptop, she's ordering too much food at restaurants or running around her neighborhood.
Gender Issues