Where to Get Meghan Markle’s Perfect Transitional Coat for Spring 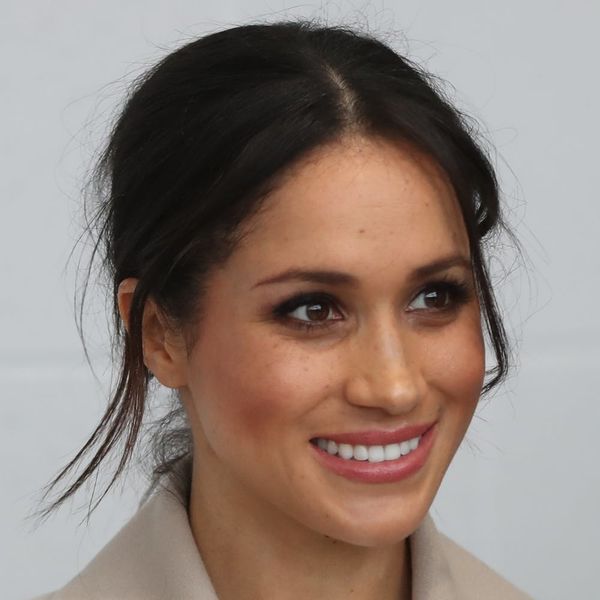 Kate Middleton may be on maternity leave after making her last pre-baby appearance of the year in a pair of skinny jeans yesterday, but future-sister-in-law Meghan Markle is here to pick up the style slack in her absence. The royal-to-be and her future hubby made a surprise visit to Belfast, Ireland, with the former wearing what just might have been the perfect transitional coat for spring.

Northern Ireland was reportedly Markle’s last unvisited stop within her new kingdom, and the Suits alum completed her tour clad in a Mackage Mai belted coat with waterfall collar ($790).

With its tie-belt waist and asymmetrical wrap silhouette (complete with widespread collar), it’s a piece that looks plenty cozy when pulled tight against brutal winds.

As the Tig founder proved, however, it’s also plenty wearable on sunnier days: Markle left the jacket open to reveal a spirited green Greta Constantine skirt and a cream Victoria Beckham sweater (the same one she wore for her engagement photos), a Charlotte Elizabeth New Edition Bloomsbury bag, and Prada velvet pumps.

The style was one that’s quickly proving to be a favorite: Markle donned similar (if heavier) Sentaler outerwear while making her Royal Christmas debut with the family.

What do you think of Meghan’s transitional jacket? Share with us over @BritandCo.

Nicole Briese
Nicole is the weekend editor for Brit + Co who loves bringing you all the latest buzz. When she's not busy typing away into the wee hours, you can usually find her canoodling with her fur babies, rooting around in a bookstore, or rocking out at a concert of some sort (Guns N' Roses forever!). Check out all her latest musings and past work at nicolebjean.com.
Celebrities
Celeb Style
Celebrities Celebrity Style Coats Royal Family
More From Celeb Style