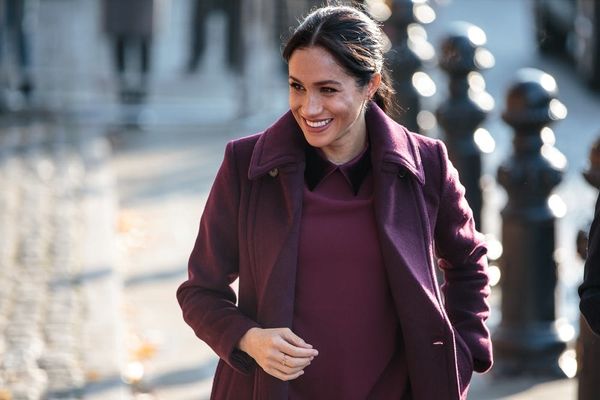 International Women’s Day is Friday, March 8, and as an international woman herself, Meghan Markle has big plans to mark the occasion. According to Kensington Palace, the Duchess of Sussex will participate in a panel with several other prominent women, to discuss the education and empowerment of women and girls all over the world.

The event, convened by the Queen’s Commonwealth Trust and hosted at King’s College London, will bring together a “special panel of female thought-leaders and activists to discuss a range of issues affecting women today,” the Palace said in a statement on Friday, March 1.

Other panelists include music icon Annie Lennox, who founded The Circle, an organization that supports women and girls around the world; model Adwoa Aboah, who founded Gurls Talk, a forum for girls to “talk about the issues that matter to them”; former Australian Prime Minister Julia Gillard, who is also the Chair of the Global Institute for Women’s Leadership at King’s College London; Chrisann Jarrett, the founder of the education initiative Let us Learn; and Angeline Murimirwa, the Executive Director of the Campaign for Female Education (CAMFED) in Africa, as well as co-founder of CAMA, a “pan-African network of young female leaders.”

“In front of an audience of students, opinion formers, and young leaders, Her Royal Highness will join the panel to discuss the importance of International Women’s Day, and the spotlight it can bring to obstacles which still affect female empowerment across the world, including access to education and limitations within employment,” the Queen’s Commonwealth Trust stated. “The discussion will also cover the positive opportunities that come when women are given wider access and equal opportunity, whether that be in the UK or elsewhere in the world.”

With the panel, Markle continues to make good on her promise to work for causes that support women. When she announced her Royal Patronages earlier this year, they included a role with the organization Smart Works, which “helps long-term unemployed and vulnerable women regain the skills, confidence, and tools to succeed at job interviews, return to employment, and transform their lives.”

Notably, this isn’t the first time Markle has participated in a public event for International Women’s Day. Even as far back as 2015, before her romance with Prince Harry, she spoke at a UN Women’s conference in New York, where she expressed how proud she was to be a woman and a feminist.