Meghan Markle’s Royal Patronages Will Focus on These Four Interests 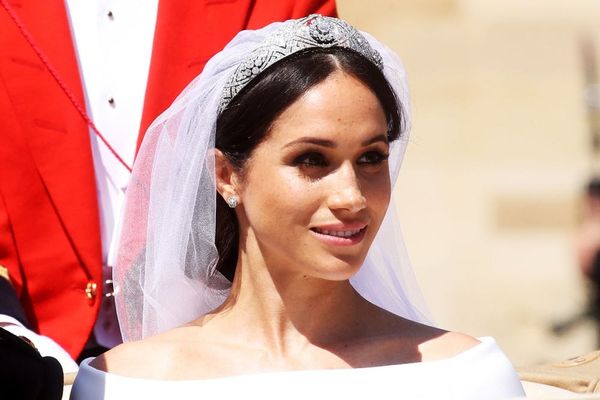 Meghan Markle’s royal duties are expanding. The Duchess of Sussex has just revealed the royal patronages she will undertake, with a focus on several of her already-established interests.

“The Duchess of Sussex will become patron of four organizations that reflect the causes and issues with which she has long been associated, including the arts, access to education, support for women, and animal welfare,” Kensington Palace said in a statement on Thursday, January 10.

Two of the patronages were passed on to Markle from Queen Elizabeth II. These include the National Theatre, through which Markle hopes to use her own theater training and passion for the arts to “bring people from different backgrounds and communities together,” and the Association of Commonwealth Universities, through which the Duchess will continue her advocacy for accessible education for all people. The Queen has held the roles for 45 and 33 years, respectively.

Markle will also continue her vocal support of women by becoming a patron of Smart Works, which “helps long-term unemployed and vulnerable women regain the skills, confidence, and tools to succeed at job interviews, return to employment, and transform their lives.” Markle visited Smart Works on Thursday, and helped women pick out clothing for their new jobs. She also discussed the program’s successes with volunteers and some of the women that Smart Works has helped.

Last but not least, the Duchess will work with the grassroots animal welfare charity Mayhew, which helps educate the community and promotes preventative veterinary care to reduce the number of animals in need.

Markle and Prince Harry married in May 2018, although the Duchess, who has a philanthropic background, started participating in royal engagements the same week they announced their plans to wed in November 2017.

“The Duchess is delighted to become Patron of both national and grassroots organizations that are part of the fabric of the UK, and is very much looking forward to working with them to bring wider public attention to their causes,” the Palace said of her new duties. “Her Royal Highness feels she can use her position to focus attention on, and make a particular difference to these organizations and, more widely, the sectors they each represent.”

What do you think of Duchess Meghan’s patronage choices? Let us know @BritandCo!